SMITE Ares Build Guide: How to Build Ares in SMITE (2022)

I have you now! 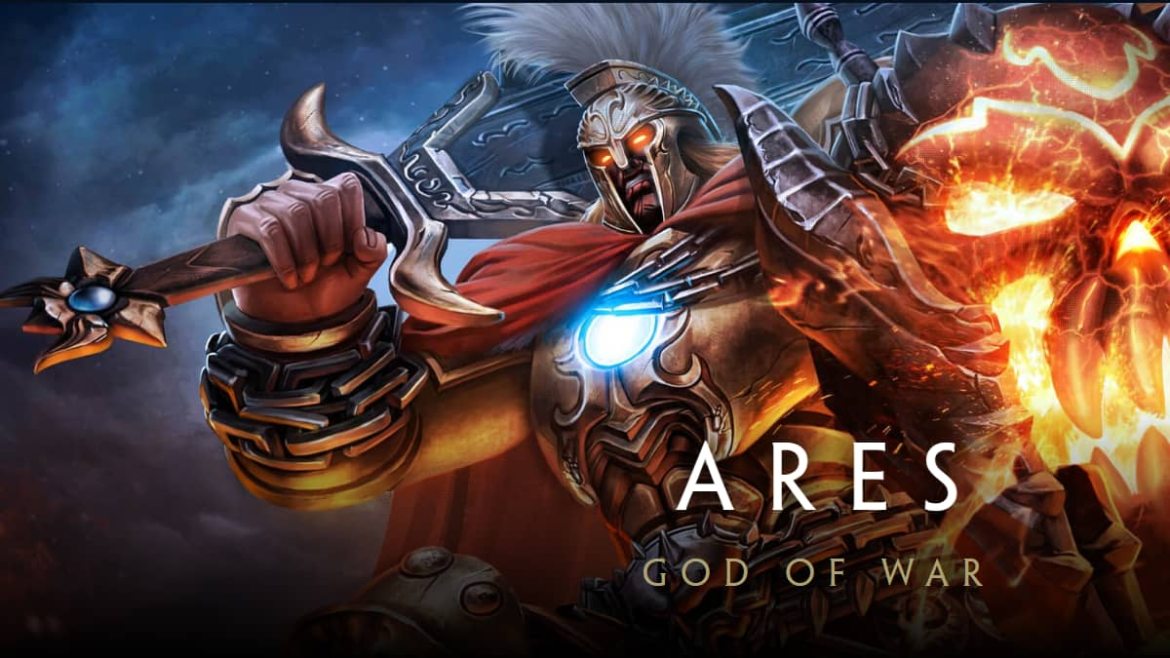 Ares is without a doubt one of those Gods that changes the entire match setting by simply existing on the battlefield. Many players fear his Ultimate “No Escape” from the moment they see him on the enemy team during the loading screen which forces most of them to have Purification Beads even though they perhaps wanted to just buy something else initially. It is cumbersome to deal with that Ulti, and that is just the beginning of his awesome kit. In this guide, Prima Games will go through some of the fun builds you can try with Ares in SMITE, and we hope you’ll enjoy them.

Basically, in some game modes, just having his Ultimate is enough to contribute to the team. However, Shackles are great to cripple enemies and chase them alone or with your teammates, Bolster Defenses is something that is often overlooked, but it is a temporary aura that grants huge benefits to you and your team (Protections, CC Reduction, HP5) and Searing Flesh melts the flesh away from enemy Gods. Finally, the Passive grants 30 Magical Power for each Aura item Ares has, which can build up fairly well if you focus your build on Auras.

Related: All Ishtar Abilities and Ultimate in SMITE

You guessed it, a lot of the items that we will be going over are the Aura items. While there are non-Aura items that would fit Ares perfectly, we are still playing a Support character and our intention is to be as supportive of our team as possible, and to lead them to victory.

Related: Is SMITE Down? How to Check SMITE Server Status

Let’s go through the most important items you can take, depending on the situation:

Non-Aura Items That Are Feasible on Ares

This is fairly simple. Prioritize No Escape > Shackles > Searing Flesh > Bolster Defenses in most cases. In Assault, you might want to get Bolster Defenses earlier due to the insane HP5. Also, CC Reduction helps since fights are fairly common in this mode.

You’re buying that Blink, like it or not. The other one is situational, depending on the state of the board.

Now, the beauty of Smite is that there are always ways to tune your build depending on the Gods you are with, the Gods you are against, Game Mode you are in, and the situation on the board.

There is no generic build that works for all situations, but the most common build that you will see is:

As mentioned, Ares is very flexible and you should scout out the situation and speak with your teammates on the fly about what you should be building next if necessary. Basically, if you have these items, the other tank can go into Compassion, Heartward, Mystical Mail, Witchblade, Shogun’s Kusari, and random filler from the above list and you’ll have everything necessary for a good fight. This is just an example.

Good Ares makes a big difference with his presence, so try to communicate with your team via VGS about when you intend to rush forward with your Ulti (VVVR for “Ultimate is Ready” and VVVD for “Ultimate is Down”, which also shows the cooldown remaining, and VVVF for “Follow Me”). Be aggressive, don’t let the enemies play their game, but don’t mindlessly go into fights that you cannot win. Try to keep count of enemy Beads’ cooldown if possible, and practice positioning with Blink so that you can grab as many Gods as possible with the “No Escape” ability.

Here’s a cheesy build for fun in Arena, with which you can have a blast with your friends if they are on board:

Related: Mechanics and Quality of Life Changes in SMITE Patch 9.7

Yes, we are aware that the Cooldown Reduction cap is at 40%, but passives from these items are too good to pass up. Once you get the show going, you will be using your Ulti way too often and the pressure on the enemy team will be immense. You will force them to save Purification Beads for you, and any CC Immune abilities that they might have, which makes them unable to use them at will against your other team members which of course, results in their sub-optimal performance during the match.

If you keep catching at least three enemy Gods with every “No Escape” you’ll do fine with this build. Even if you get focused by the enemies you’ll still be able to survive long enough because of Guardian scaling. And once again, if they wasted everything on you, there are fewer things they can use against your teammates, and you’ve already fired off your Ultimate successfully, so it’s irrelevant if you live or die at that point – they failed to prevent your evil doings.

That’s it for this guide! Make sure to check out our other SMITE articles under the game tag below.