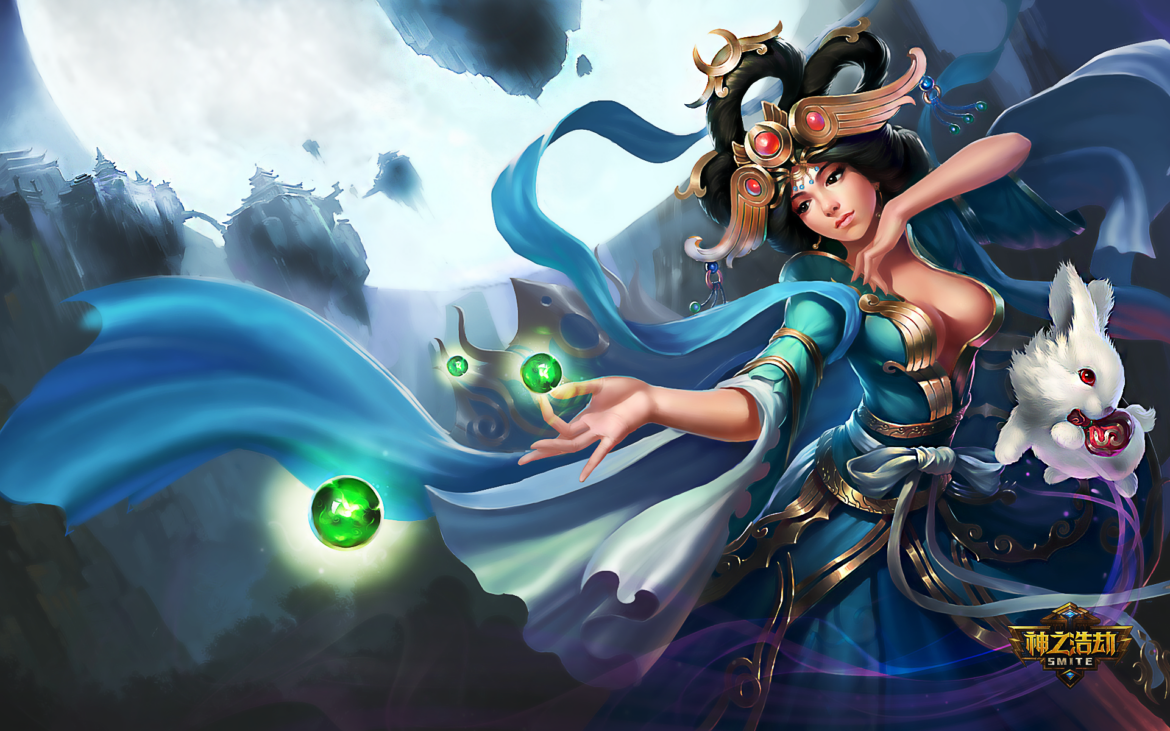 As a MOBA, SMITE consists of various, mythological playable characters from different Pantheons commonly referred to as Gods. Mage Gods are, for the most part, those with ranged attacks and they use Magical Power to enhance the damage of their basic attacks and abilities. They have strong abilities which tend to deal massive amounts of damage in a short period of time, but in turn, they are not great at mitigating damage, which is why some of them are referred to as “Glass Cannons.” There are 36 of them.

Mages have the most representation among the Gods in SMITE and choosing five for this list was a very difficult task.

Chang’e is quite easy to pick up on paper, but somewhat difficult to fully master. In the right hands, she has the capability to close out a team fight with a well-timed Ultimate.

She is one of the most underrated Mages in the game, despite her versatility and almost a perfect kit. This article is being written around her ninth SMITE birthday (May 15, 2013) and we feel that it’s very commendable that Eset has always been relevant in the meta, more or less.

Olorun is one of the few basic attack-based Mages which makes him quite an unorthodox character. But he is the gift that keeps on giving as it is very complicated to deal with his Ultimate and he must not be left unattended since his damage output can reach insane numbers really fast during a team fight.

Chronos is also one of the rare Basic Attack-based Mages. If you are a Hunter main, you might want to consider mastering him as well because he’s always a decent choice in the situations where you can’t play a second Hunter in your team, but you want to play something that is Basic Attack-based.

Since there are just too many Mages, we had to omit some of them from this list, but we’ll provide a few honorable mentions that are superior in some ways (but not that well-rounded and versatile) and then we’ll introduce our number one pick:

All of these Gods are great in some regard and are widely used, however, a lot of them are just Glass Cannons with tremendous damage but low survivability, some are very difficult to master and use to their fullest potential, and some are very well-rounded but we couldn’t fit them in the list. Out of all Class lists, this one was the hardest to make due to a lot of genuinely great Mages.

She’s perhaps a bit more difficult to master but when you get a hang of it, you will have a LOT of fun playing Freya since she covers a lot of different roles.

We hope that you liked our choices and we encourage you to review our other SMITE articles under the game’s tag or by clicking this link.