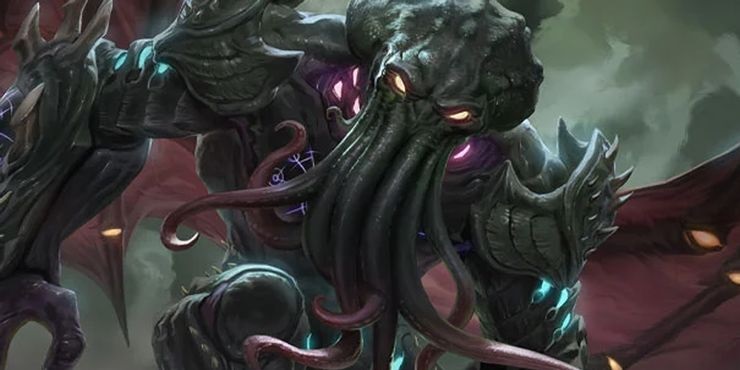 SMITE has 21 Guardian Gods to choose from at the time of writing. If you are into protecting and supporting your teammates, starting team fights, warding in the jungle, then the Guardian role is for you. It has a tremendous impact both in the early stages of the game by “babysitting” the carries to help them grow better than the opponents, and ultimately, in team fights.

Great Guardian players can single-handedly alter the course of the entire battle and set up wins for their teammates. It has been difficult to choose just five for this list (we’ll have a few honorable mentions) but we hope you’ll enjoy it.

Here are the Best Five Guardian Gods in SMITE (May 2022)

Ganesha is everyone’s best friend because Ganesha’s passive makes it impossible to kill-steal. The credit for the killing blow against an enemy God that you perform goes to your closest teammate (if you want to have some fun, try to play the All-out Assault MOTD when available, and have everyone pick Ganesha and see what happens). Other than that, Ganesha has a brilliant kit that is designed to provide annoyance of the highest intensity to the enemy team and ease of access for kills to your teammates.

Its first ability, called Turn of Fate, is a Line-based ability and has decent damage. It also buffs nearby teammates with some bonus damage.

The second ability is called Ohm and is the bread and butter of Ganesha. During the “Ohmmmmmm” chant that he does, all allies within the circle gain bonus protections, and the enemies that are in a (relatively) small cone in front of him get silenced. This Silence ability (which currently lasts 1.8 seconds), if timed well against enemy Mages or other key ability-based Gods, may decide the outcome of a battle single-handedly (even though Ganesha has MANY hands in form of his powerful abilities).

Its third ability is called Remove Obstacles and is a dash that can be used to maneuver around the battlefield or to grab an enemy God and knock him up, rendering it useless for a short while. The combo of this Dash and the Silence puts a foe out of commission for a very long time. You can attempt to “skip” over enemies with purchasable Blink and be unpredictable with your team fight initiation.

Finally, the Ultimate ability, Dharmic Pillars, summons four pillars that are connected by electricity, which damages and slows any enemy that passes right through it, and reduces their protection. Depending on the situation and the placement of this ability, opponents might try to make a run for it and take the damage, or be forced to stay within the prison to wait for the pillars to fall off. If you have a Fenrir in your team, you may ask him to capture the fleeing enemy God with the Ultimate ability, and to repeatedly drag him through the electricity between the pillars for an insane amount of damage.

All in all, it’s a very fun to play control-based Guardian God.

Khepri is a very powerful Guardian with a kit that seems like it’s going to be relevant as long as SMITE exists. He is easy to play and a good Khepri player will always leave his mark on the battlefield and provide invaluable support for his teammates, as well as breaking the rhythm of the enemy’s attacks with his Ultimate ability: Scarab’s Blessing.

Scarab’s Blessing places a temporary buff on an allied God that gives bonus movement speed, and most importantly, revives them if they die during the duration of the buff (5 seconds in the current patch), with up to 45% of the God’s maximum health in the current patch, and drags the God to Khepri (which can help you position the selected God better for his/her second entry to the team fight). If timed perfectly, Khepri can place his buff less than a second before them dying, making the enemies unable to react to the revival effect.

Alternatively, Khepri can preemptively place the buff on a God that’s fairly close to death as a part of a mind game tactic of causing chaos among the enemies, since most people stop attacking the buffed God in order to prevent a free revival with almost half of the max HP, and forces them to split their damage output onto different enemies and to try and stay close to the original target in order to finish it off after the 5-second buff expires. Khepri’s “get out of jail free card” definitely can cause huge frustration to enemies and is one of the best Ultimate abilities in the game, hands-down.

His passive ability provides a small, symbolic shield to nearby allies, which can be the thing that prevents a death of a teammate, albeit in rare cases.

Similar to Ganesha with the Crowd Control abilities, Khepri also manages the battlefield situation very well in teamfights and can Crowd Control key enemy Gods for a significant amount of time and keep them either out of the battle, or to allow allied Gods to focus the target down. Scarab’s Blessing technically can turn any team fight into a 6v5 and that alone warrants a place on this list.

Similar to how the “the best defense is a good offense” saying goes, this list is slowly shifting towards the more offensive Guardians in SMITE. We feel that Geb is somewhere in the middle, with decent damage abilities and a superb shield which by itself warrants a spot.

Geb’s primary selling point is his third ability, Stone Shield. You can target an allied God, or yourself, and apply a shield that lasts until it expires (up to four seconds) or until it is depleted by enemy attacks. Additionally, Stone Shield cleanses ALL Crowd Control abilities from the target. This can allow a team member to keep on fighting (or to escape) since the shield can prevent up to 550 damage when Geb is Level 20. The impact of this shield is not as big as Khepri’s Ultimate, but with some cooldown reduction, you can cast it two or three times during a skirmish.

His Passive ability reduces the base critical hit multiplier significantly, which either renders the Hunter’s damage with Crit Build minuscule against Geb, allowing him to last longer, or forces the Hunter to build a Penetration/Qin’s Sais/Attack Speed build which is great against tanks, but not as viable against non-tanks compared to the usual Crit build.

This Ultimate ability works extremely well with Ares, Cupid, Poseidon, Zeus, and any other God with similar abilities.

Cthulhu is currently the biggest God in the game, especially with his Ultimate ability – which is his second passive – because it blocks out the vision for everyone close to him on the battlefield. He’s widely considered as one of the best Guardians, has a great amount of versatility, and extremely high damage output considering he’s a tank. It’s quite normal to have the Cthulhu’s portrait next to the Top Player Damage Dealt bracket in your team, even if the Cthulhu player buys defense items only.

The overwhelming effect that Cthulhu has on the battlefield cements him in our Top Five list.

Before we go to our number one pick, we must post a few honorable mentions:

Wise and versatile, Athena has high mobility and one of the best abilities in the game – her Taunt – which can often catch three or more enemy Gods, grouping them up for easy dispatch by allies.

An Unorthodox God from the Yoruba pantheon that doesn’t have Mana, but uses Omi instead. Difficult to master and mostly banned in high-ranked games and professional tournaments in order to prevent the opponent from picking her first, Yemoja wrecks havoc in the right hands.

Hades’ pet dog is a great Guardian to play, has an amazing Ultimate ability, great self-sustain, and above-average damage output.

And now, please welcome our top pick for the current patch:

Ares, the Greek God of War represents everything the people fear and hate: War, strife, chaos, and murder. He is only loved by the Spartans, who revere the God for his masculinity, tenacity, and merciless warrior spirit. Due to his unpredictable fury and temper, Spartans have bound him in chains in an effort to prevent his spirit of victory from Escaping Sparta.

We currently love Ares the most because of his undisputed effect on the enemy team. The way Ares dictates the tempo of a match is definitely unmatched due to his Ultimate ability.

“No Escape” attaches chains to all enemy Gods in his proximity (which is quite significant) and after a few seconds, Gods get pulled to Ares and get Stunned. Combined with the purchasable Blink, he forces the enemy team to constantly position themselves away from each other, causing them to be in a sub-optimal position.

Additionally, the sole threat of that Ultimate ability forces the enemies to purchase Beads of Purification (and to save it for Ares’ Ultimate) and sometimes even Magi’s Cloak as an additional layer of protection against it. Gods that have Crowd Control Immune abilities also tend to save them for when he’ chains shackle them. Due to the fact that the enemy team must build and play so much around that one Ultimate spell, allies have an easier time exploiting the weaknesses of their opponents. Ares would probably still be viable even if he had just that Ultimate and his trusty sword and shield to wave around with. However, we’ll go through all of the abilities regardless:

That’s it for the Best Guardian Gods in SMITE. Make sure to check our other articles for the other classes which we will link below as well as our other articles under the SMITE tag available below this article, or by clicking on this link.