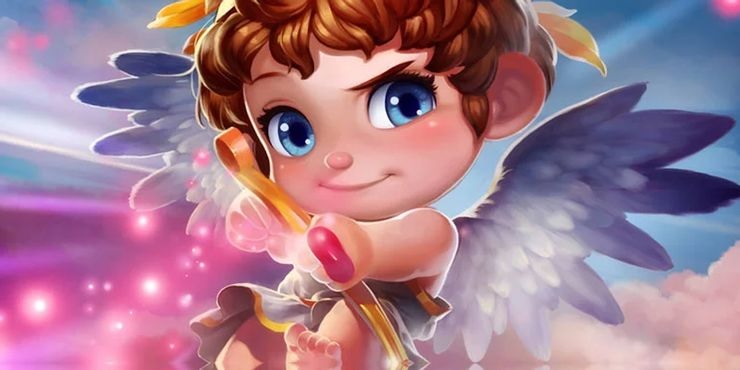 SMITE is a third-person, free-to-play multiplayer online battle arena video game that was first released on the Microsoft Windows PC platform back in 2014. The video game was ported to PlayStation 4 and Xbox One a year later in 2015, and SMITE was finally released on Nintendo Switch in 2019. As a MOBA game, SMITE consists of various, mythological playable characters from different Pantheons commonly referred to as Gods.

If you want a carry-oriented role in SMITE, the AD carry role with Hunter Gods should be your priority. Hunter has a lot of impact if you gain enough gold early on and have a decent support who can follow up during trades or protect you from harm, in order to gain and preserve your advantage.

Most of them rely on the same playstyle; to improve your auto attacks via various items while also having a decent kit to ensure that you have a smooth laning phase and can reach the teamfight stage.

Here are the Five Strongest Hunter Gods in SMITE (2022):

Apollo is one of the most-picked AD carries in the game due to his simplicity and extraordinary abilities. He can either be picked to dive the opposing backline with his ultimate or sit from a safe distance and do damage. You can always adjust your playstyle and build a path based on the current game state.

His Mesmerize ability called Serenade has great usage for both fortifying your Physical Protection and for putting nearby enemies to sleep for up to 2 seconds. This is very useful when running away from a pesky Assassin in the jungle.

His Dash ability called The Moves is a very useful maneuver ability that also provides temporary Movement Speed Buff/Debuff for friends and foes, and also a small knockback for enemies that find themselves in your way.

His Ultimate Ability called Across The Sky allows you to fly freely above the map, giving you a great overview of the battle state. It also grants you the ability to engage in a battle from the spot that you feel is the weakest in the foe’s defense line, to hunt down a God that is trying to leave the fight, or to just escape the battle altogether if you’re in a pickle.

This Egyptian Hunter God is heavily damage-oriented and is a force to be reckoned with. He is capable of controlling the enemy movement during teamfights using pillars which he can summon at will, which gives him bonus power and hinders the movement speed of all the enemies that are caught in Anhur’s kitty litter box.

On top of having such a strong utility tool, his passive grinds away the protection of the enemy he’s hitting with each successive hit. His main damage ability is Impale, a spear that pushes enemies away from him. If the foe hits any wall with the spear still in them, they become Impaled and stunned for a short while. Of course, like most hunters, Anhur has a movement ability, Disperse, which is a jump and can be used to either engage or disengage from a battle.

He can also become Crowd Control Immune during his ultimate, Desert Fury, which swiftly throws 8 spears in front of him. Hitting an Enemy God that’s not a Tank (Warrior or Guardian) with all 8 mostly melts away all the remaining HP they had, so be on the lookout when playing against Anhur.

Cupid has two Crowd Control abilities (Heart Bomb and his Ultimate, Fields of Love) which can greatly alter the course of a teamfight. Heart Bomb (when you have your Passive stacked with enough successful basic attacks) stuns both the target that has been struck with it and the surrounding enemies (which either forces them to accept the stun “gift” by staying close to their teammate or to unwillingly move in a sub-optimal way to evade the stun, which creates further openings for you and your teammates to prevail).

Ultimate (Fields of Love) is a BIG circle you can summon at will, which initially slows down enemies, lowering their chances of escaping it, and then hits them with damage and (depending on whether your passive is filled up or not) Mesmerize or Stun effect. This ability is of the highest value for a fight. It has great combo potential with the likes of Ares, Zeus, Poseidon, and any other God with similar Ultimate abilities.

If you are not sold on Cupid yet, we’ll add that he has his own healing ability in form of edible hearts (or cookies, food cans, etc. depending on the skin that you have) which regenerate the consumer’s health and mana (if someone else picks up your heart) which is a great way to provide sustainability in all game modes.

Finally, Cupid has a great Dash ability called Flutter. It provides a Buff similar to what Apollo’s dash does, in form of a 30% movement speed bonus for everyone in its path, and up to 20% Attack Speed to Cupid.

Ullr is a very high-skill cap God, with 6 basic abilities (3 for Ranged stance and 3 for Melee stance) and an Ultimate that’s used to switch between these two stances as well as to provide some passive bonuses for Ullr. A lot of players neglect him because he is very difficult to master and use efficiently and effectively, but the ones that do wield him properly are definitely players that you want to play with and not against since he provides just too much. We’ll just list some basics related to his abilities:

As you may presume, Ullr is VERY mana hungry due to all the ability juggling and constant “stance dance” so most people build Transcendence on him ASAP.

It has been quite a difficult choice to choose just 5 Hunters and there have been some second thoughts, so before we go through Danzaburou, we’ll provide honorable mentions of a few formidable hunters that didn’t make the top cut this time around:

Danzaburou is one of the newest Gods from the Japanese Pantheon. His passive provides him with additional Gold and a bit of power, which may give him a slight advantage in the first phase of the game.

He has a very decent self-heal on his second ability which also serves as a Taunt after the heal is done (Danzaburou takes a sip from his sake bottle and then throws it towards enemies).

His third ability, Tanuki Trickery, makes him camouflage himself into one of many leaves spanned, which gains him some move speed and slow immunity, as well as the ability to pass through enemies while in leaf form.

Danzaburou’s ultimate ability is a giant rocket that he can either navigate from afar while standing still, or he can hop into it and chase the enemy, or run away from a fight safely. All in all, Danzaburou is a complete God with a very diverse kit, followed closely by tremendous damage he deals and this is the reason he is currently one of the best – if not THE best – Hunter God in SMITE currently.

That’s it for this list, we hope that you liked it! Make sure to check out our other Class Top 5s here:

Also, feel free to check out our other SMITE articles under the game tag below, or by clicking this link.