It's time to climb some towers 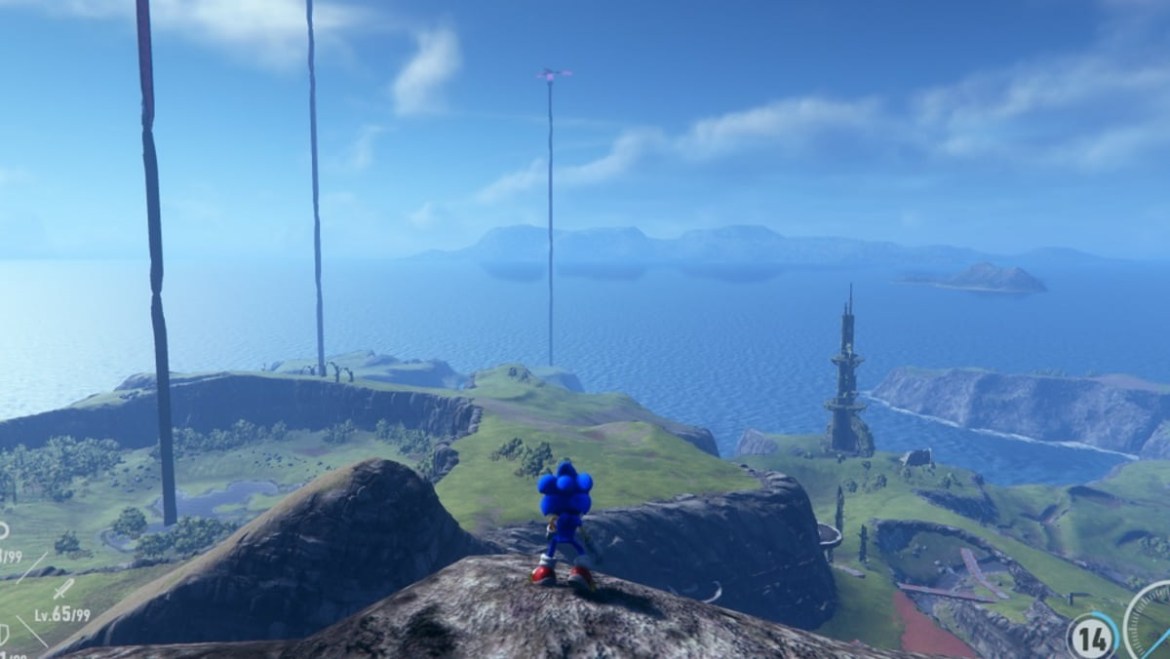 Sonic Frontiers is undoubtedly the longest Sonic game ever; five “open-zone” islands, exploration, side quests, and whatnot will keep you entertained for more than 20 hours before the credits roll. If you somehow survived the first three islands in Sonic Frontiers and defeated the Giganto, Wyvern, and Knight titans, the game sends you to the fourth Starfall island – Rhea Island, and this is where things get a little different. Check out our Rhea Island guide to find out what awaits you there as the finale of Sonic Frontiers slowly approaches.

Rhea Island in its biome seems like the first island in the game. Kronos Island. In fact, this whole part of the game seems like it was ripped from the beginning and added here at the last minute to extend the game a bit.

Related: How to Get Infinite Boost in Sonic Frontiers

Although on the previous three islands you got into the rhythm of saving Sonic’s friends, collecting Portal Gears, Vault Keys, getting Chaos Emeralds, and fighting Titans at the end – Rhea Island completely changes that gameplay loop. There is none of the above on this island – you won’t even have to open up the map, as it is completely revealed from the start and it shows the locations of six very high towers that you need to climb and deactivate – and that’s it, that is all you do on Rhea Island.

Of course, this would be easy if the towers weren’t exceptionally tall, and didn’t contain the most complicated platforming segments in the game. If you thought by now you got Sonic Frontiers platforming mastered well, think again, you will fall and fall again in this most frustrating part of the game.

The locations of all 6 towers are marked on the map, which you will be able to see as soon as the initial story upon arrival on the island ends. The order in which you will complete these towers is up to you, just mark them on the map and head in that direction to put your Sonic Frontiers platforming skills to the test.

Every tower climb is pretty straightforward and if you’ve reached this part of the game, you’ll know exactly what to do. Just keep an eye out for pully stations and lifts that you can activate – those are kinda like the checkpoints here, because if you fall from the tower you can skip some parts at least on your next attempts. Most importantly, when you manage to climb to the top of each tower, before going down, be sure to press the button on top to deactivate it. Each deactivation is followed by a lore dump animation, so it is finally time to figure out what is really going on in this game.

Once you deactivate the final tower, another cutscene will start, and that’s it – this weird chapter is done. Time to move on to the Sonic Frontiers’ real end-game; the fifth and final Starfall Island awaits – the Ouranos Island.