How to Beat Wyvern in Sonic Frontiers - Prima Games
Tips

How to Beat Wyvern in Sonic Frontiers 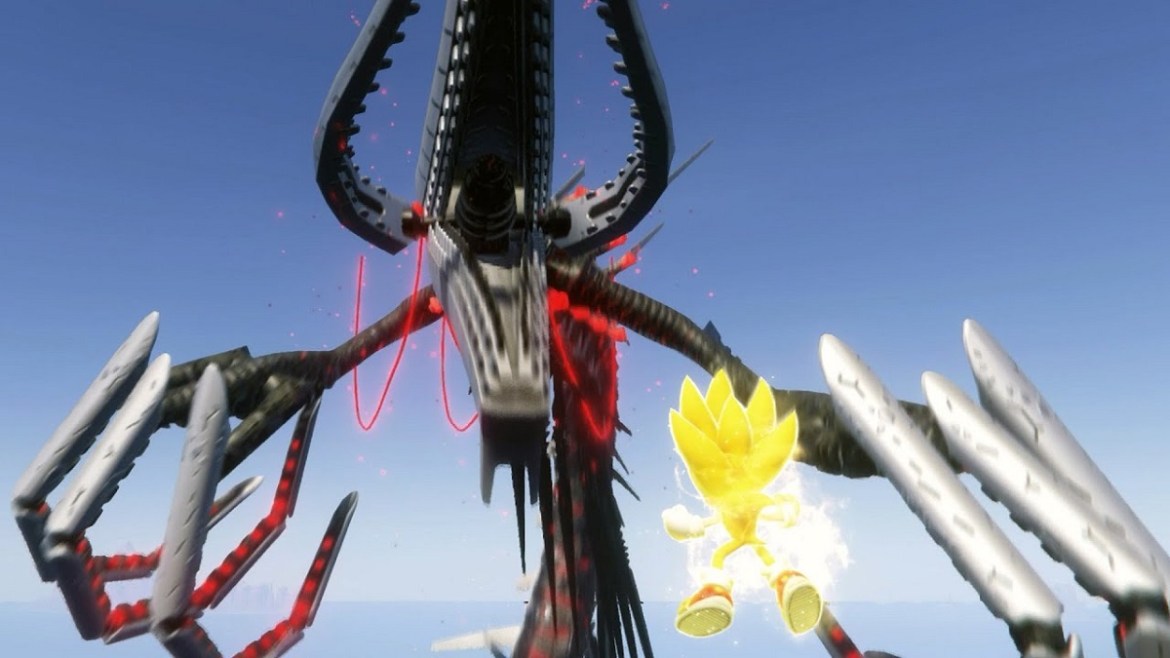 So you managed to beat Giganto and got to the second island in Sonic Frontiers. By now you should know the drill: collect Portal Gears, get Vault Keys, get Emeralds… and it’s already time to face off with another titan. The second big boss of Sonic Frontiers is Wyvern – that creepy flying barracuda skeleton-like monstrosity that you meet early on when on Ares Island. Now it’s time to turn Super Sonic again and beat it, so let’s find out how exactly to do that in the guide below.

How to Beat Wyvern in Sonic Frontiers

Wyvern is the second boss in Sonic Frontiers so by the time you get to him, you’re already forced to learn the hard way how to properly prepare for a fight and that you should level up Sonic’s stats as much as you can. If you’re still not sure how to do that, check out our guide for the first boss Giganto.

Starting the Battle with Wyvern in Sonic Frontiers

The encounter with Wyvern begins after a minigame where you use a crane to place different colored stone balls in their places. After completing this fairly easy mini-game, be sure to save and go through a short corridor-like cave that leads to a tower that you have to climb. At the very top of the tower, get as far as you can onto the plank sticking out at the top and wait for the Wyvern that is flying around to get close (this is some real Shadow of Colossus stuff right here, yo). When it’s close enough, the auto attack prompt will appear – just press the Square button on PlayStation or the X button on Xbox to start the animation where Sonic jumps and latches onto the Wyvern so the run to the final Chaos Emerald can begin.

Wyvern will shake Sonic off and he will fall onto some kind of a digital trail road. When you regain control, boost along this road while avoiding projectiles with L and R shoulder buttons, just like in some Sonic Colors levels. In a few places, the road will be interrupted, where you need to bridge the gap with homing attacks. At the end of this path, you come to the Wyvern’s back where the last Chaos Emerald is located so you can turn into Super Sonic and the first phase of this boss fight finally begins.

Cue in the Sonic Frontiers METAL music! NO MORE COMPROMISE, THIS IS DO OR DIE! *heavy guitar riff kicks in* Unlike the first boss, here it is possible to regenerate Rings during the fight so you don’t have to worry too much about Sonic losing his Super status.

Related: How to Beat Giganto in Sonic Frontiers

During the first phase, you need to parry the missiles that Wyvern sends your way by pressing and holding L1 and R2 on PlayStation, or L and R on Xbox – timing is not required. Remember, the parry system in Sonic Frontiers is very different from what you are used to and can be counter-intuitive. So just press and hold those buttons and wait for the missile to get to you. Sonic will throw the missile back, opening up an opportunity for a combo attack.

After that, the Wyvern will try to attack you with his creepy head but parry that attack too for another chance to beat it up with another combo. Just keep this up until the boss’s energy gauge drops somewhere around half when phase 2 starts.

Lasers and madness are incoming, just like in the second phase of the Giganto fight. This is similar to that encounter here as well and is more or less the same, just with a few small changes.

Keep parrying the missiles and when Wyvern starts heading toward you, do a parry. Immediately after that parry, release the buttons and press them quickly again to parry the follow-up attack as well. After that, an opportunity for a combo will open up.

When the Wyvern’s energy goes down there will be a QTE event similar to the fishing minigame in Sonic Frontiers where you have to press a button when the expanding circle matches the red circle in the background. Be careful – failing this simple QTE a few times can reset the whole encounter and send you back to the tower part! So no pressure. Once you successfully hit that QTE enjoy the show – and celebrate as another titan is down and the path to the third island opens up.