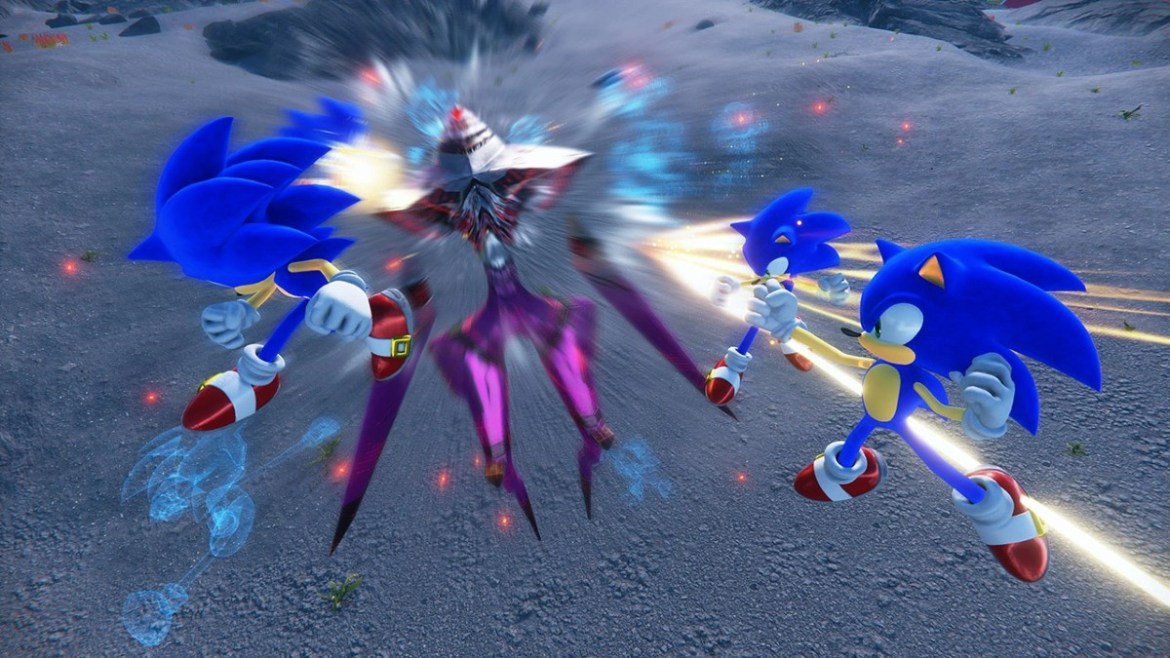 A lot of the achievements or trophies in Sonic Frontiers are pretty easy. Most of them just involve doing stuff in the game, like filling in maps and getting S-Ranks. But there’s one achievement that, despite being easy, is a pain in the ass to keep track of. I’m of course talking about Combo Crackerjack, which asks players to use the Phantom Rush skill at least fifty times.

Related: How to Beat the Strider Guardian in Sonic Frontiers

The problem with Phantom Rush is that you have to build up a meter before you can use the move, and that meter isn’t the fastest thing in the world. As you progress in the game you’ll have fewer and fewer opportunities to actually make those happen as enemies die faster. So it’s a bigger grind than it may seem on paper. So it’s understandable folks might want to seek out a shortcut.

If you just want to get Combo Crackerjack out of the way without having to actually use your brain, there’s an enemy located at Ares Island that can facilitate that for you. You’ll see these turkeys hopping around the desert, and by “you’ll see” I mean the camera will swivel right at the damn thing if you run past it closely enough. Anyway, it’s the springy ones.

Related: How to Beat the Shark Guardian in Sonic Frontiers

To defeat the spring enemies, you have to stomp on its head with a kicking attack. Otherwise, you won’t be dealing any actual damage. But unlike other defense-heavy enemies Sonic bounces off of, you can just attack these guys all day if you want. So while it’s still going to be you mashing out 50 (less ideally, if you were using it beforehand) Phantom Rush combos. But hey, turn your brain off and mash away at the Spring Robot and you’ll have Combo Crackerjack crossed off the list in no ti- well, eventually.