How to Beat the Shark Guardian in Sonic Frontiers 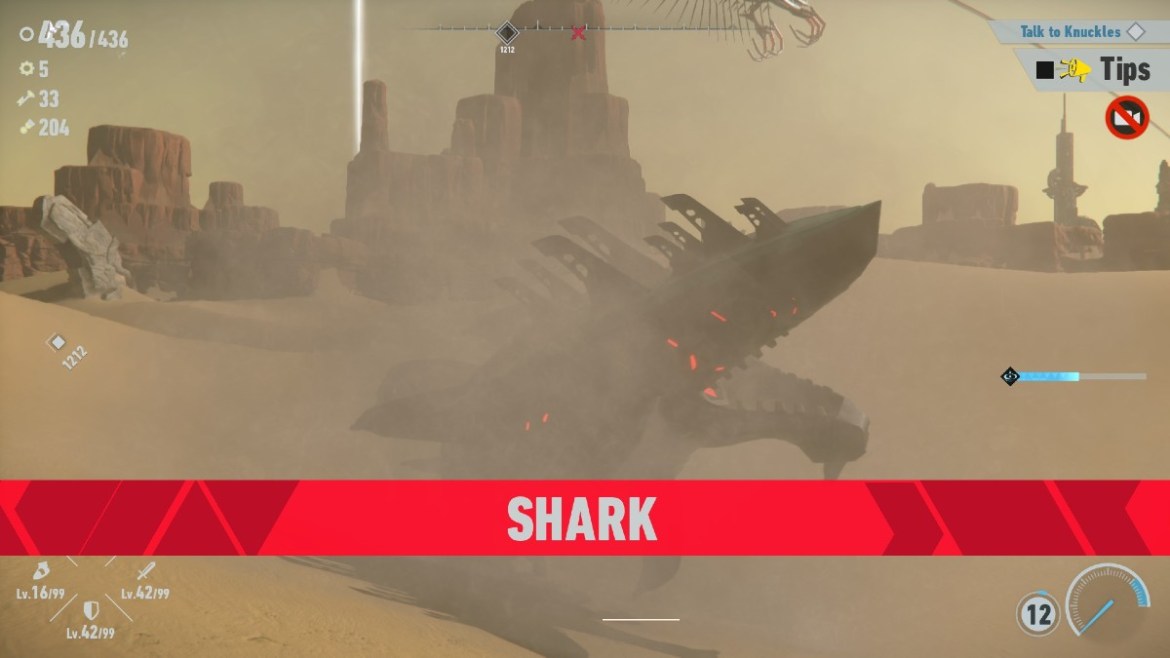 Once you make it to Ares Island, the second major area in Sonic Frontiers, things start to get weird. Ares Island is a massive desert, and the boss fights-slash-Guardians get a lot more creative compared to the previous island’s “large robot man” crew. While a familiar concept, the Shark Guardian is a fun little romp that’s low-stress and decent hype.

How to Beat the Shark Guardian in Sonic Frontiers

You’ll see the Shark Guardian “swimming” around in the sand, with its robotic fins sticking up in true “Sand Shark” fashion. All you need to do is approach it, just like any other Guardian, and you’ll get the usual dramatic introduction. As the fight begins, the boss will swim around under the sand and burst up to try and get you from underneath. When it misses, the Shark will get some hangtime before going back under. You’ll be able to target the tip of its tail, so hit that ish and the fun part starts.

Sonic will grab the tail, initiating a simple quick time event series that has the Shark whipping you around trying to throw you off. You’ll only ever use left, right, and down, and the margin of error is pretty wide. Once you make it through you’ll get another chance to attack, which will “beach” Shark Guardian. Here you can go hammer and do as much damage as possible.

If you’re leveled up enough it’s totally possible to win the fight right there. But if you don’t a new phase will start in which Shark Guardian will fire missiles out into the sand. The quick time event will incorporate these missiles, presenting a few faster, less forgiving prompts. Still just left and right, though.

Related: How to Beat Giganto in Sonic Frontiers

If there’s a third phase it’ll be more of the same, and I feel like stretching the fight more than that is practically impossible. RIP, Shark Guardian.