Sonic Frontiers: How to Solve ‘A Grave Mystery’ Tombstone Puzzle 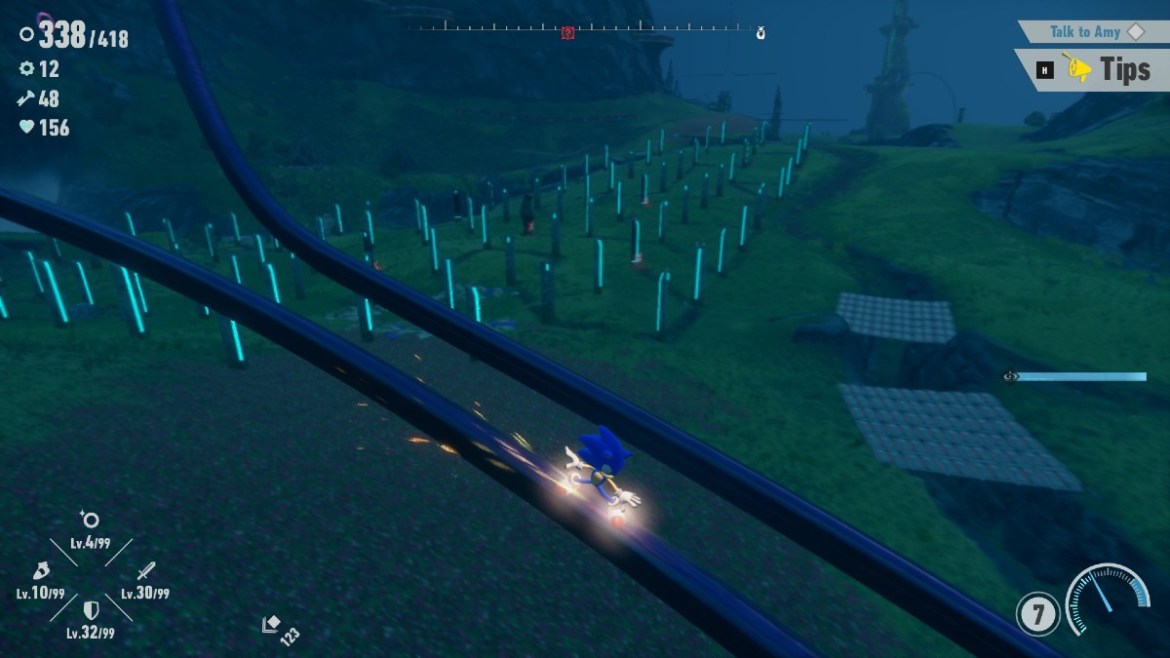 Before we realized it was kind of a bad idea we were trying some guides for those map puzzles in Sonic Frontiers. But they were so easy not even the Google Gamer crowd seemed to need help. But several hours into the game a much more intense puzzle shows up. Go figure; it has nothing to do with the map. You know that mass of gravestone-looking contraptions towards the center of the first Island? Here’s what it does.

Related: How to S-Rank Cyber Space Portal 1-2 in Sonic Frontiers

First off, if you try to do anything with this strange space too early you’ll be shooed away. Advance further in the story though, and you’ll be thrust right in without a choice. You get a little vague text bubble introducing A Grave Mystery, and the game pretty much goes hands-off from there. In a nutshell, this is a laser path puzzle, reminiscent of manipulating sunbeams or the like in games like Uncharted.

To initiate the puzzle, you can interact with any of the graves that have the swirly red thing floating around them. Once you do that you’ll actually get a bird’s eye view of the whole field, which is where we’ll stay until we solve the puzzle (or give up and do something else). It’s pretty easy, though once you get the hand of it.

To work on the tombstone puzzle you can select a limited number of graves and turn them, reorienting the laser beams coming out of them. If the beam connects to another grave it’ll reflect and keep going until it runs out of graves. Your job is to figure out where these beams should go, but the puzzle “board” itself gives you a big hint.

If you look closer, you’ll see dark lines in the ground connecting many of the graves. These lines represent where the lasers need to be. Sounds easy, yeah? Well, there’s one more twist. When you choose a grave, you’ll notice one or two other graves also become “selected” with little circles of blue arrows. This means all the indicated graves will move in unison. So you’re gonna have to think ahead a move or two.

The good news is the solution is pretty forgiving. You can just point the graves in the direction they’re supposed to go to start, then correct back to figure out what the trick is. There are probably lots of ways to solve the puzzle, but if you really just want a straight answer, here’s what you can do as long as you didn’t make any moves beforehand:

And there you have it. The tombstone puzzle in Sonic Frontiers was solved. It feels pretty good to do it yourself though; not gonna lie.