How to Beat Knight in Sonic Frontiers - Prima Games
Tips

How to Beat Knight in Sonic Frontiers

A Knight for a Day 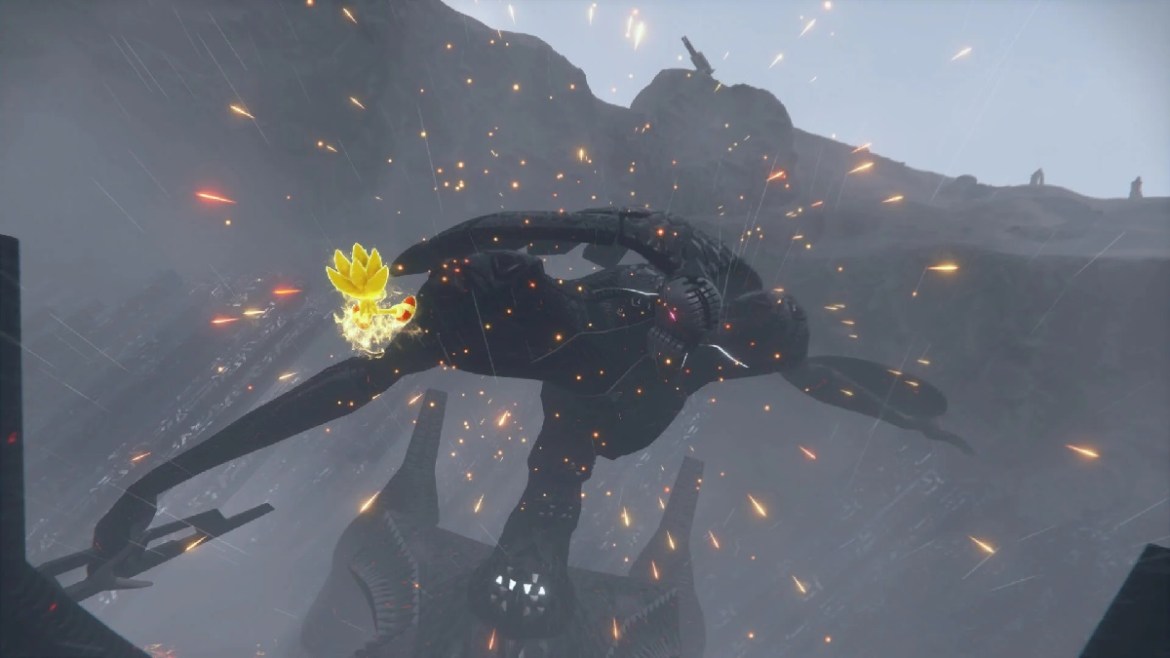 Now that you are this deep into the game, you could have completed several other Sonic 3D games by now, but Sonic Frontiers goes on and it goes hard. The end of Chaos Island and the Titan waiting for you there – Knight, are just a little over the mid-point of the game. You should probably know the drill by now, but let’s get into the specific tactics for the third island boss and find out how to beat Knight in Sonic Frontiers.

How to Beat Knight in Sonic Frontiers?

Like the previous two times, the boss encounter is preceded by a mini-game, this time it’s pinball, an old staple of Sonic Team. When you are done with this kinda clanky but fun mini-game, the location of the third Titan will be revealed to you in the southern part of the map. Just like before, six Chaos Emeralds are with you, while the seventh (and last) is on the Titan boss itself, and you need to snatch it in order to turn into Super Sonic.

Starting the Battle with Knight in Sonic Frontiers

Even though this boss is much easier than the previous two, be sure that you are properly leveled up and have enough rings, then head towards the crater to initiate the boss fight. The moves Knight throws your way are mostly slow, so it is possible to avoid them with normal boosting. You need to wait with your parry buttons pressed (L and R on PlayStation, LB and RB on Xbox) for the boss to hit the ground with his arm, revealing the grindable rail that will take you to his torso, where you can climb up to his head and pick up the last Chaos Emerald. From there, the real fight finally starts.

Related: How to Quickly Max Stats in Sonic Frontiers – Answered

It’s Super Sonic time! The first stage will fly by if you have leveled Sonic up, and even if you haven’t, this boss is not as difficult as the previous two. Just get in close and combo away until the cutscene is triggered and a QTE similar to the one from the fishing mini-game starts.

The Knight has two attacks in this phase. When you see him preparing to strike with a sword, press and hold the parry buttons and, if you approach him, he will raise his shield, which you should attack to trigger another cutscene. The buzzsaw-like shield will be launched in Sonic’s direction after the cutscene, triggering another QTE mini-game, it’s again the one with timing of the circles, just like when fishing. If you hit that correctly, Sonic will get to ride the shield just like in some previous platforming sections on Chaos Island.

Now all that remains is to ride the buzzsaw shield to the Knight while avoiding the missiles and, once you slam it into the boss, the opportunity for a combo attack opens up. When he comes out of the stun, Knight will swing once again at Sonic – just parry that one promptly in order to continue the beatdown. If you leveled up Sonic’s attack stat even moderately, it is possible that you will already send him to Phase 2 in only one round. If not, repeat everything one more time.

When Knight’s energy drops to 1/4, Phase 2, and the real challenge, begins. Crimson coils and buzzsaw shield will fly around, adding to the list of things to avoid. You can follow where the shield is moving with a red line that shows its direction. The tricky part is to anticipate the movement of the shield and position yourself in front so that you can parry it.

If you manage to do a successful parry, Sonic will be able to launch the shield back at the boss, but only after you adjust the launch direction. During this targeting part, the time will freeze, so target the place where you think the boss will move next, not necessarily the place where he is currently. If this attack succeeds and you hit him with the shield, the Knight will be stunned again, opening up another opportunity for a combo attack, until the boss comes out of the stun again and tries an attack that you need to parry again.

After this, there are several QTE moments that include circle line up as well as button mashing, you know, the usual end of the boss encounter stuff in Sonic Frontiers. But still, be very careful because if you fail these QTEs more than once the game will brutally punish you by resetting the entire encounter back to the part where you go to collect the last Chaos Emerald. If you hit all QTEs correctly you will get to enjoy one more epic cutscene where Super Sonic disposes of another Titan.

With Knight out of the way, the road slowly opens into Sonic Frontiers’ endgame and the final two islands. Have fun!