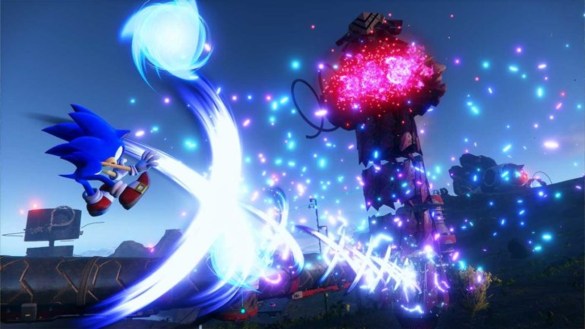 So, skills. Sonic Frontiers has a skill tree, and skill pieces, and skill points. This is new for a Sonic game, sort of. We don’t count the mobile games for obvious reasons. Anyway, Sonic’s skill tree is fairly modest compared to most skill tree-hugging RPGs, but there are some branches to consider. Are they worth considering at all, or can you safely skip some options to get the good stuff faster? Here’s what I think.

Before I suggest the best skills for Sonic, I should explain my train of thought some. There are three-ish categories you could ascribe to Sonic’s skill tree, even though they aren’t marked in any way. The “ish” is a few skills brought on by regular game progress, so you can’t miss ‘em. There are combo skills, ability skills, and utility skills. I’d consider stuff like Cyloop a utility, anything that has “press Button during combo” as… a combo skill and everything else gets the remaining label.

Related: How to Get Koco Scrolls in Sonic Frontiers

With that out of the way, I think you really don’t need to worry about picking the best skills, if only because Sonic Frontiers vomits out skill points at you like the Biledriver at a GWAR show. But if you just want someone’s two cents, I think the combo skills are the most fun to use. Sonic Frontiers has surprisingly great combat, and these skills make it better.

Related: How to Earn Skill Points in Sonic Frontiers

It’s mostly because they give Sonic more options to play with instead of just mashing on the X button. You can link these moves together if you do it right, also giving you extension capabilities if you can keep attacking uninterrupted. It’s the good stuff, the extra seasoning on the game meat if you know what I mean.

Beyond that, the skills are mostly there in Sonic Frontier to give you something to play with more than stress about. Y’all know how it is with open-world games; gotta have little bits and pieces and chunks of Progression everywhere.