How to Unlock Fishing in Sonic Frontiers - Prima Games
Tips

How to Unlock Fishing in Sonic Frontiers

It wouldn't be an open world game... 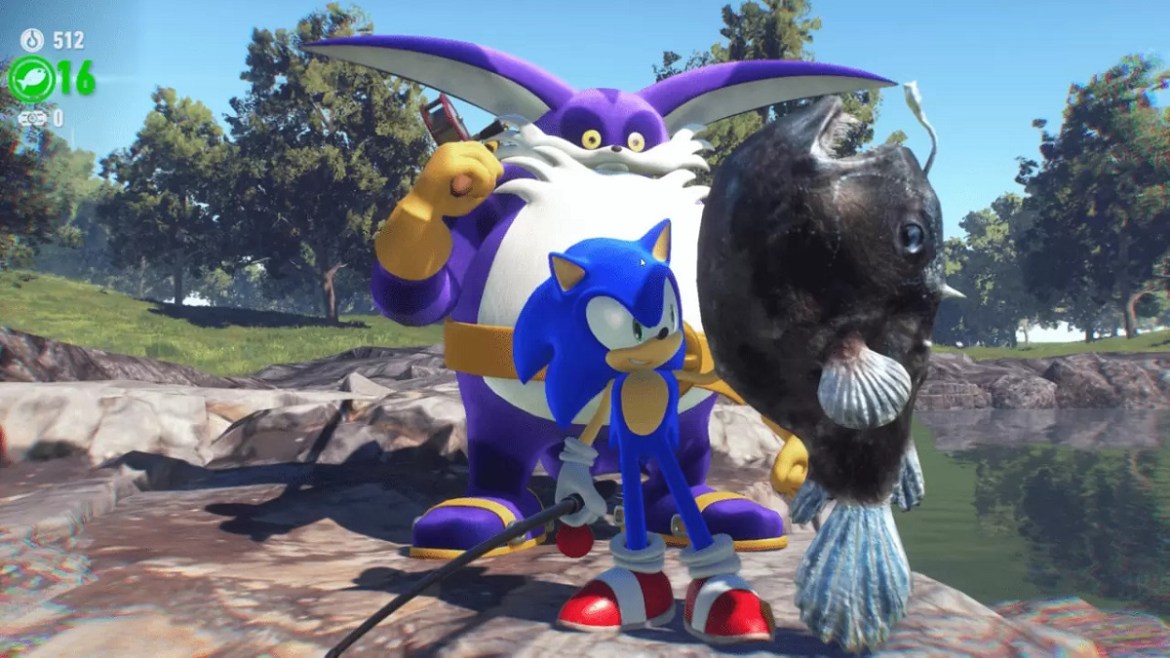 Have you played the new Sonic Frontiers? The first 3D Sonic game in many years didn’t turn out so bad! Frontiers brought a lot of what we love about the legendary blue blur, but also added a lot of new and experimental stuff. One of those elements is the open world, which somehow fits in with the usual Sonic gameplay but because of it, Sonic Team also had to make some strange decisions.

Anyway, we have the first real Sonic open-space… or wait no, open-zone game! Whatever SEGA decided to call this, it is of course a title with some classic open-world elements, which would not be complete without an obligatory fishing mini-game. So how do you unlock fishing in Sonic Frontiers? Let’s find out.

How Do You Unlock Fishing in Sonic Frontiers?

In order to fish in Sonic Frontiers, you will need to find the dedicated fishing spots on the map and collect as many Purple Coins as you can because they are used to pay for each fishing attempt. Each of the main islands in the game has its own dedicated Fishing Spot that you have to find; the entrances look like those throne-like Zone portals, so you’ll see them on the parts of the map that you have discovered. Just approach them and teleport away.

Big the Cat will be there as well – remember him from the Dreamcast game, Sonic Adventure? He was a playable character back then who also had a fishing mini-game. The more you know.

Fishing itself is pretty simple: you get the rod from Big the Cat and pay with Purple Coins to get a throw. The reeling of fish and other interesting underwater objects (see picture above, lol) is handled by the SEGA’s staple QTE system. It’s almost like Shenmue mixed up with SEGA Marine Fishing – Dreamcast forever, yo!

In all seriousness, it is a nice relaxing addition and a fun side activity, but fishing in Sonic Frontiers can also be a very good way to exchange piles of Purple Coins for other valuable items such as Seeds (XP), Vault Keys, Memory Tokens, Skill Pieces, and some of those cute little buggers, the Lost Kocos.