Sonic follows no physical laws, even his own 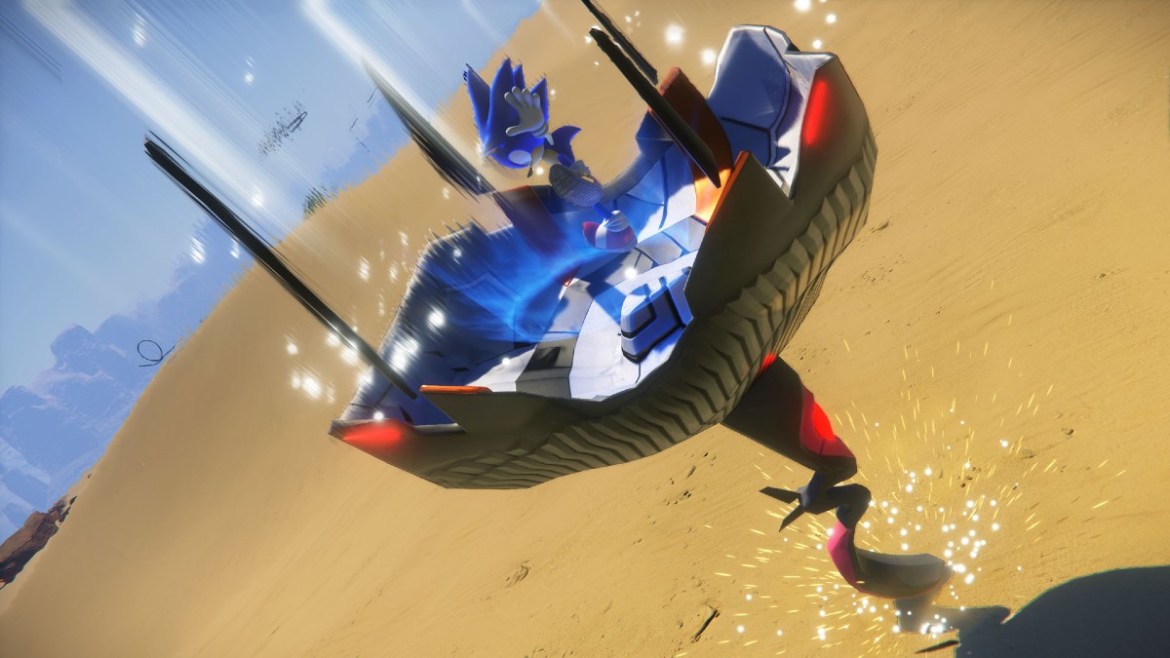 There’s a lot going on in Sonic Frontiers. More than most Sonic fans, even, are used to. Since when do you have to pick settings before you even start one of these games? That’s not how Blast Processing’s supposed to work. Or is it? New to Sonic Frontiers is a choice of “style,” an option that alters the actual gameplay mechanics for, well, the entire game!

Let me explain. Sure, when you’re playing as Sonic the Hedgehog you gotta go fast. But speed can be relative, no? Younger and less experienced players may not be ready for open-zone Sonic blasting at 60 frames per second. They might need to dial it back a bit, at least for a while. So when you start a new game, Sonic Frontiers gives you two choices:

So what does this actually mean? It’s pretty interesting in practice. See, once you’re actually in the game, you can’t access this style choice again. It simply isn’t an option in the menu. But what you will see instead is a list of “Game Settings” that govern the game’s player physics. There’s starting speed, top speed, acceleration and much more! Check out our how-to guide for all the nitty-gritty:

Related: How to Change Style of Play in Sonic Frontiers

What that initial “Style” choice does is actually set your parameters for you. If you were to start two new games back to back, pick the different styles, and then pause when you get a chance, you’ll see all the meters set differently. Choosing a style is basically choosing an initial pre-set.

That’s kind of the catch, here. Once you make that choice, everything after is up to you. You can’t flip back and forth between the Action and Speed setups. Instead, you’ll have to tinker if you aren’t satisfied with how a particular element feels. There’s a lot of potential here to really tailor the Sonic Frontiers experience to your comfort level, then adjust as you get more used to things.