How to Use the Sonic Frontiers Monster Hunter DLC

How many Rathalos scales does it take to make Hedgehog armor 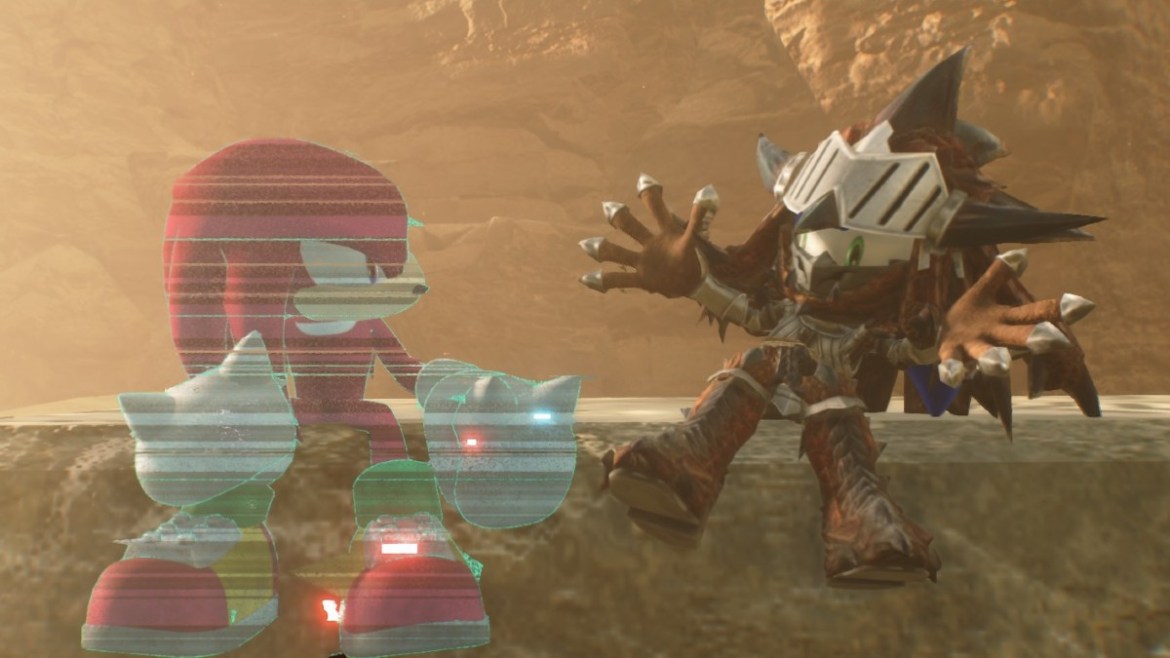 A small bundle of free DLC was released today for Sonic Frontiers, once again bringing the world of Capcom’s Monster Hunter to Sega’s Blue Blur. Previously there was collaborative DLC in Monster Hunter Rise, so now it’s Sonic’s turn. The DLC adds a couple of Monster Hunter-themed outfits for Sonic, alongside a special minigame that brings a small piece of the Monster Hunter experience to the Skyfall Islands. Here’s how to access and use the new content.

How to Use the Sonic Frontiers Monster Hunter DLC

After you’ve “purchased” and downloaded the DLC, you first need to head to the Extras menu on Sonic Frontiers’ title screen. You should see the option “Outfits,” if you didn’t have it already from something else. If it isn’t there just close and relaunch the game. That happened to me on Steam, but it was fine after the reset. Here you can choose between the Rathalos or Felyne Rathalos outfits.

These outfits are based on armor sets from the Monster Hunter games of course. There are certain cutscenes alternative outfits won’t appear in, but for many dialogue exchanges, they will. It can lead to some pretty awkward conversations.

For the minigame, you simply need to head to a Fishing Spot (which the game does not tell you at all, unless I blinked and missed it). In addition to fishing and whatnot, you’ll now see a new option, “Use BBQ Spit.” Monster Hunter fans will be intimately familiar with this minigame, but if you’re new here, here’s a couple tips.

To cook the ideal meat, wait until the music stops playing. But don’t hit the button the moment it stops playing. Instead, wait a beat and watch for the meat to change color. It should go from a reddish hue to more of a brown. You only have a second, and waiting too long will result in anguish and despair over burnt game meat.

But if you do it right, you get a little bit of classic MonHun fanfare and a few tokens for Big’s shop for your trouble.