How to Get Infinite Boost in Sonic Frontiers - Prima Games
Tips

How to Get Infinite Boost in Sonic Frontiers

To infinity, and chili dogs 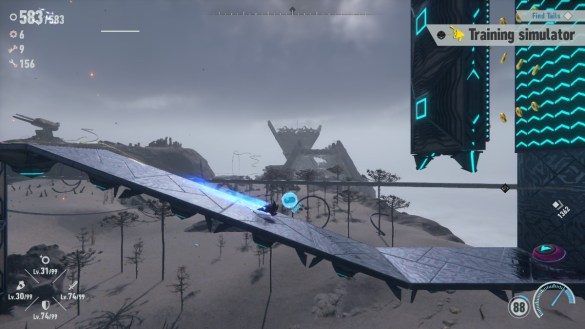 Sometimes when a game doesn’t tell you about some feature, it usually isn’t that big of a deal. But other times you trip over something that does feel like a big deal, and I think, “why in the world wasn’t this part of the tutorial?” And to be fair, sometimes you just miss things, wonder why the game didn’t include it, then get corrected by someone who did pay attention. In this case, however, I have SEO trend data by my side, so I’m not the only one who had no idea you can actually give yourself infinite boost in Sonic Frontiers. So here’s how to do that, for everyone wondering.

Normally, boosting in Sonic Frontiers is a lot like “stamina” in games like The Legend of Zelda: Breath of the Wild or Genshin Impact. It’s a little meter that depletes when using it, but recharges on its own without any items or what have you. But, perhaps as an easter egg, hidden secret, intended surprise of some sort or vague tutorializing, there’s something Sonic can do that the anime elf boy can’t. It’s temporary, but you can give that meter a break pretty much on demand.

To activate the infinite boost power, you need the Cyloop ability. Now, once you have that, instead of the usual circle you simply want to make a lemniscate, which I just learned is the technical term for the loopy gimmick you draw to represent infinity. You have to make sure you make the loops distinct and complete, because if you’re even a little off this trick won’t work.

If you do it right, the icon showing your boost meter will display a little lemniscate itself, all blue and lightning-y for some flavor. While this is active, you can hold that boost button down and speed around the Skyfall Islands to your heart’s content. The best part is, while this sounds like something that would wear off in like ten seconds in other games, infinite boost actually lasts a surprisingly long while. If you can get good at making those shapes quickly, you can really get across a map in no time.