How to Use the Mystical Heirloom in God of War Ragnarok 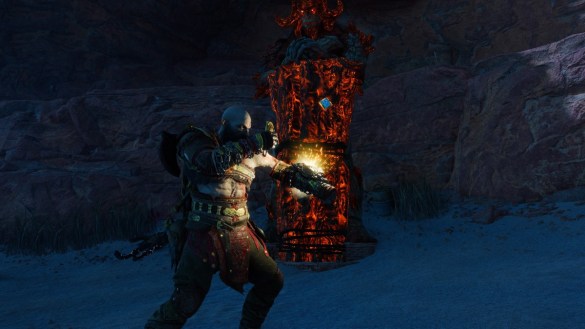 Most of the Relics found in God of War Ragnarok offer up some massive bonuses that are fairly straightforward when you read the description. Throw Bifrost chakrams, gain strength, or summon swords, for example. One Relic called the Mystical Heirloom has stumped plenty of players up to this point though.

When you use this Relic, Kratos simply slams it on his gauntlet and causes some bright sparks, but nothing actually happens. You can even do this every 16 seconds or so, continuing the cycle of nothing. There is a genuine use for the Mystical Heirloom in God of War Ragnarok, though, and we’re here to explain it.

God of War Ragnarok – How to Use the Mystical Heirloom

For those who have found the Relic, which is located south of Tyr’s Temple on the Lake of Nine after Forging Destiny is completed, there is a cryptic description, The Relic reads, “It seems important, but doesn’t seem to have any practical application in combat.” Technically, this description is right because it acts like a key instead of a combat mechanic, you just need the right location.

When you locate one of these Troll statues, such as the one found to the southeast of The Burrows in Alfheim, it’s time to use the Mystical Heirloom. Using the relic in front of a statue will cause it to glow red and break the Troll free. Defeating these bosses provides unique crafting materials to make the armor set called Steinbjorn. There are at least four different Troll locations, including Midgard, Svartalfheim, and Vanaheim, so you’ll need to bring the best Kratos possible to successfully claim new armor.