How to Get Berserker Armor in God of War Ragnarok 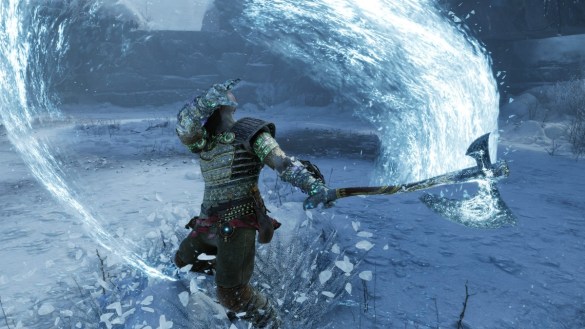 God of War Ragnarok contains a handful of armor sets with some fantastic designs that convey the quest they were tied to. The Berserker Armor, in particular, has one of the most unique designs in the game and it serves as a final trophy for completing one of the toughest quests.

As the name suggests, the Berserker Armor is tied to some of the legendary berserkers that can be found around the nine realms. There are far more than three of these warriors and a final boss fight as well, but we won’t need to complete each one. Instead, we’ll outline exactly which locations we need to visit and which warriors must be taken down.

God of War Ragnarok – How to Get Berserker Armor

To get the full armor set, we only need to kill three of the ten Berserker Gravestone bosses found around the nine realms. However, it can’t be a random order of three. They still need to be taken down in specific locations, regardless of the progress you’ve made so far.

The Berserker Cuirass is found in the Barrens of Alfheim all the way to the eastern side of the first open sand field. This fight is easily one of the toughest in the group and you’ll have to take on three enemies at once. In the end, you’ll get the glowing Berserker Armor cuirass that stands out in God of War Ragnarok.

Next, the Berserker Waist Guard is located at the Lake of Nine in Midgard. This fight is far more manageable and is likely one of the first of the warriors that you can take on. However, it has much more defense, unlike the other two armor pieces that are focused on strength.

Our last piece, the Berserker Gauntless, can be found at the gravestone in the Mist Fields of Niflheim. What separates this fight is the progress you need in the story. This is technically a post-game fight and you must finish the main story to attempt this. It’s fairly easy to find this spot, and within no time, you’ll have the full Berserker Armor set in God of War Ragnarok.