Rid the valley of drakes. 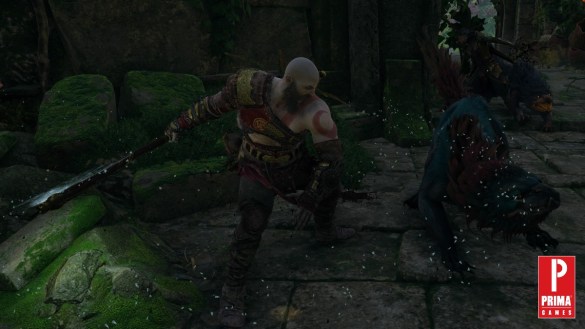 You may have reached the end of God of War Ragnarok, or come close to it, but that doesn’t mean there isn’t plenty of content to complete after the credits roll. Vanaheim is one realm that has tons of post-game quests that can be knocked off your list, including the Path of Destruction quest.

There are a few confusing steps to completing the Path of Destruction mission in God of War Ragnarok, but it will get you one step closer to taking down every drake within the optional Vanaheim valley. We’ll go over how you can reach this area of Vanaheim and how you can easily complete the quest if you’re stuck on the first steps.

God of War Ragnarok – How to Complete Path of Destruction

Before you can even begin the quest, you need access to the Jungle side of the Vanaheim Valley, and you’ll also need to open the dam at the top of the jungle to flood the rivers. The Jungle is located toward the south side of the valley and it can be reached by following the southern path from The Plains. Once you’re in the jungle, follow either path to find the lift up to the dam. Release the water and head back down.

The Path of Destruction quest begins when you find the drake tracks located on the western side of the Jungle. You can reach this by taking a boat from the first Mystic Gateway to the right side of the Jungle. Here you’ll find a pathway that leads slowly upward to more footprints and a hollow pit. Kratos acknowledges that this area is the lair of the drake, but it’s not there, so you need to jump down the hole.

When you jump down, you’ll be in a cage that has a gear you can freeze and a wood panel that you can spin. You must hit the wood panel and flip it twice so that the cage lifts. However, the cage will fall fast, so you must quickly take the axe and hit the gear just below. There should be enough space to walk outside the cage. After you walk out though, leave the axe on the gear and don’t take it with you.

Just outside the area, you’ll find two Gullons. Lure at least one of them into the open cage back inside. As soon as one of them walks into the cage, recall your axe. The contraption will close and it will lift a Gullon back to the surface from where you jumped down.

Go back to the first path where the quest began and climb back to the lair of the drake. This time, you’ll encounter a dinosaur-like drake called Slag Horn. Take out this beast, which appears a couple of other times as other bosses in God of War Ragnarok, and the Path of Destruction is officially completed.