What is the Best Relic in God of War Ragnarok? - Prima Games
Tips

What is the Best Relic in God of War Ragnarok? 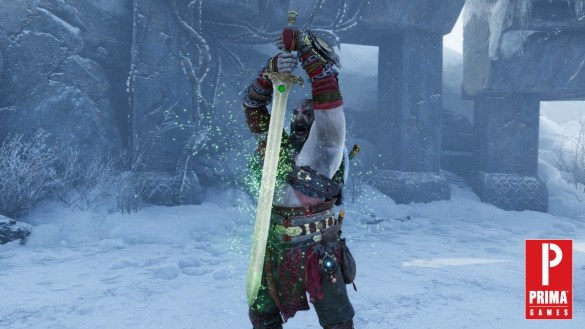 There is no shortage of powerful items or abilities that Kratos has access to in God of War Ragnarok, and for that reason, it’s easy to forget that relics are another fantastic option in combat. And just like anything else in the game, there are a couple of relics that are considered the best once you gain access.

In total, there are 14 unique relics that can be collected throughout the realms in God of War Ragnarok. Some of them are easily obtained, while others require some serious patience and skill to claim as your own. We’ll cover what the best relic is in this guide and how you can get your hands on it before Odin does.

God of War Ragnarok – What is the Best Relic?

Regardless of your choice of relics, each one has some merit. The base one at the start of God of War Ragnarok, the Talisman of Meign, simply provides a melee damage strength buff. There is nothing wrong with that boost, but we can do better. We want the Hilt of Skofnung which we consider being the best relic in God of War Ragnarok.

It can be hard to decide which item is truly the “best” in any scenario, but there is a list of benefits to the Hilt of Skofnung. First and foremost, it’s an easy way to throw out some burst damage at a moment’s notice. It takes all of the swords from the fallen berserker bosses within the realms and launches them at the enemy. The swords act like Ingrid and will attack for a short duration on their own.

While the swords are inflicting damage, they also work as a crowd control mechanic. Any enemies being attacked won’t be able to focus, and even initiating the Hilt of Skofnung will stun enemies for a moment. Though there aren’t any passive buffs, it’s hard to beat a relic that works like an ultimate ability.

To get the Hilt of Skofnung relic, you must defeat all of the Berserker Gravestone bosses in God of War Ragnarok. After they’ve all been taken down, the false king has to be destroyed in a final fight similar to the one against the Valkyrie Queen. From there, Kratos can use the hilt relic and take advantage of the spectral swords from the berserker souls.