How to Find and Defeat Gna in God of War Ragnarok 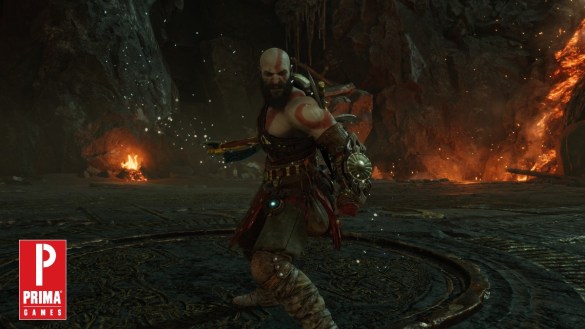 Valkyries may not be the main side bosses in God of War Ragnarok, but they still exist and they are certainly as dangerous as ever. While some of the Valkyries can be taken head on in the main story, there is one by the name of Gna that takes Kratos well beyond his main path.

Freya will speak about the new Valkyrie Queen in small bits and her first sighting happens when Asgard is revealed for the first time, but actually finding her is an entirely different task. If you’ve entered the endgame and you’re looking to take on the Queen of the Valkyries, we have you covered with a location and a strategy.

Before you can fight Gna, you’ll need to actually find her. For those who have gone through the main story, you’ll know that Freya still needs to find the traitor that took her place within Asgard after she left. Gna was one of the main enemies in the Ragnarok war to help Odin, and she survived the fighting. She is one of the remaining Einherjar-like areas that crashed around the realms after the battle.

Because so many remnants of the Einherjar, there will be a lot of ground to cover to find the Valkyrie Queen. Luckily, we already know that she’s located in Muspelheim, and after the main story concludes, anyone can reach this area. To find her, all you need to do is take the main gate to the Crucible challenges. From there, you’ll see a crevice in the right side wall that you can climb down to a separate arena.

This is the arena where you will face off against Gna. If you lose the first attempt or want to wait, you can simply turn back and climb over to the main Crucible area again. Players who haven’t finished the main God of War Ragnarok story can still reach Muspelheim, but there will be no way to take on Gna.

How to Defeat Gna in God of War Ragnarok

Aside from some of the Berserker bosses, the Valkyrie Queen will certainly be one of the most challenging fights in the game. She has a mix of moves that are brand new to her fight, and some that we have seen from Sigrun and others in the previous game. You’ll want to have armor that is leveled as much as possible, which means rank 9. Having a relic like the one from the Berserker King can also provide a huge advantage for an easy stun and good damage.

When the fight begins, you’ll want to keep a few things in mind. Don’t get too greedy with your attacks. Conserve your arrows so Freya can match hers with the rock or the sigil from Gna. Watch your cooldowns on Runic attacks as well because they will all stun for at least a moment and have huge damage. Finally, the classic Spartan Rage will work best incase you go down and need some easy damage with health steal.

On top of some basics, there are a good amount of attacks you’ll need to watch out for against the Valkyrie Queen in God of War Ragnarok. Below you can find some notes on moves and their counters that will help you in a pinch.

There’s no doubt that you’ll need a few attempts to bring all of these pieces together. There’s a lot of them to combine and they happen much faster than most other fights. But once you learn the full moveset, you’ll have a rhythm that allows for easy windows and quick counters. Best of luck in your fight!