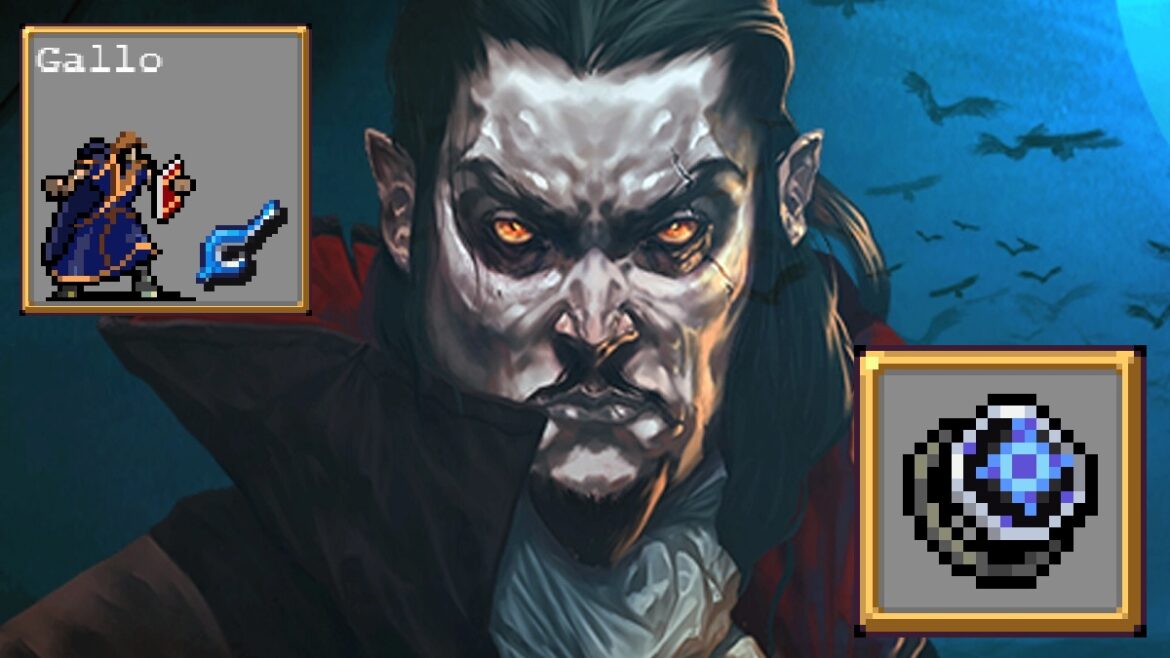 One of the most interesting Vampire Survivors updates (patch 0.6.1) is live and brings us a total of six new achievements, three new characters, and a few extremely powerful weapons. In this article, we’ll show you how to unlock Iguana Gallo Valleto and Infinite Corridor in the same run in Vampire Survivors.

Infinite Corridor is one of the mightiest weapons in Vampire Survivors and is also somewhat difficult to obtain.

After unlocking The Yellow Sign, you will see new items on the minimap. For Infinite Corridor, we are looking for the Silver Ring and the Gold Ring. They usually spawn up and down from the starting area, unless you’re in a horizontal map such as Inlaid Library, where they would spawn left and right.

The first component that you need to get is the Clock Lancet (guide for that is available here if you haven’t unlocked it yet), and then we suggest you fetch the Silver Ring first since it has a positive effect (Area and Duration increase by 5% per level up to the max level of 9) and then to head out for the Gold Ring because it is Cursed and increases enemy speed, health, quantity, and frequency by 5%.

Around each Ring, there is a new type of enemy that’s going to haunt you until either of you dies. They currently have no name, but they’re still scary as hell. They hit pretty hard, can kill you in three to four swings, and have enough HP to take around 10-15 minutes of beating. They are fairly fast so be careful while maneuvering around the map. They drop a Golden Egg when they die.

Clock Lancet, Silver Ring, and Gold Ring ALL need to be maxed out, and then you can pick up a chest to attempt to roll an upgrade into Infinite Corridor.

Infinite Corridor retains the effect of Clock Lancet and also an aura that halves the HP of all nearby enemies whenever the beam passes the 12 o’clock position. If you pair Infinite Corridor with Crimson Shroud, you can challenge Red Death himself!

After unlocking the Infinite Corridor you also get Iguana Gallo Valletto as a purchasable character. He starts with one extra level. Gallo has +15% Duration, -15% Cooldown, -50% Greed, +3 Reroll, and +3 Skip and his starter weapon is the Clock Lancet.

Now check out our other Vampire Survivors patch 0.6.1 guides by clicking the links below: