Where to Find Tyr in God of War Ragnarok 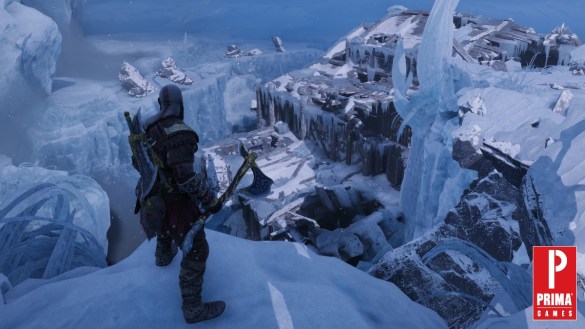 Toward the beginning of God of War Ragnarok, Kratos and Atreus kick off their major adventure by looking for Tyr. That very quest is what has landed Atreus in hot water with Odin and essentially what initiates the need to move forward for the rest of the game.

It was never going to be that simple though. If you don’t want to see the spoilers ahead, now is your chance to turn back. For those who have finished God of War Ragnarok though, we have just the guide for you. We’ll cover where you can find Tyr later in the game and how to reach him.

God of War Ragnarok – How to Find the Real Tyr

If you’re still here, you’re aware that God of War Ragnarok’s main story comes to an end with the death of Odin and the absolute destruction of Asgard. This destruction sends shards of Asgard across every other realm, which means even more threats in the post-game, and opportunities for content.

One of those content opportunities is finding the real Tyr. We know that the Tyr found toward the start of the game was Odin all along. We never really hear much about the real Tyr after, but he is very much alive. In fact, he can be found in Niflheim once the main story is finished.

At this point, you’ll have access to every realm aside from Asgard, and after Ragnarok, one of the Aesir prisons came crashing down in Niflheim. Below you can find a step-by-step process to locate Tyr and free him from his previous fate caused by Odin.

Tyr Location in God of War:

Once you’ve located the Norse God of War, he will go off on his own to make sense of all the events that transpired. You’ll no longer find him at Sindri’s house, but you can actually find him meditating to some degree in each realm. Nothing comes of it when you do find him, but each realm gives you some interesting dialogue to listen to.