Where to Find Jueyun Chili in Genshin Impact 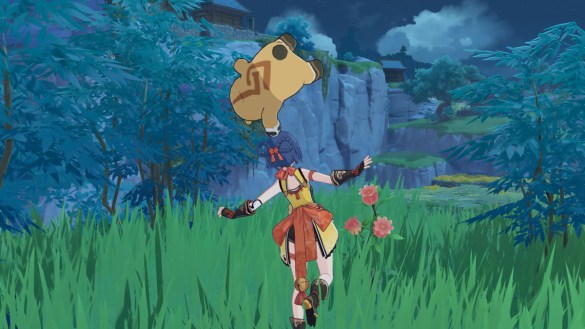 Being one of Liyue’s most traditional specialties, Jueyun Chili is deeply incorporated into their cuisine and is included in many of the dishes the player can cook in Genshin Impact. However, this is not their only usage as they are also needed whenever you’re ascending certain characters such as Xiangling or Yaoyao.

So even if you’re not aiming to become the best cook there ever was in Teyvat, there are plenty of reasons for you to collect some of those peppers for later. Characters eat up over 150 of ascending materials when leveling up, so you better stock them up.

Fortunately, these items hail from all the way back in the 1.0 version when things were simpler. Jueyun Chilis are often found in batches of 3, making them rather easy to gather. Also in contrast to most of Sumeru’s items (such as those pesky Mushrooms), they’re not that far apart from each other and are exclusively found in the northern regions of Liyue.

The villagers won’t mind if you grab some of their chilies for dinner. Most of them are fairly close to teleports and you can make an easy route to get them all.

Related: All Materials Required for Ascending the Raiden Shogun in Genshin Impact

All Jueyun Chili in Stone Gate

Use the Artifact Domain nearby to get those. The Stone Gate teleport will also work, but you’ll have to climb for a while since they’re all growing in the cliffs.

All Jueyun Chili in Qingyun Peak

Lots of peppers here. Start with those ones next to the Peak itself. None of them are on the cliffs themselves.

A few detours are needed to get them all in this area, but it shouldn’t be a big problem. You may want to skip some of them if you’re not desperate to get those chilies.

Next, head to the teleport next to the domain for gathering a few more of them. Detours once again are needed.

Gliding down from the cliff is the fastest way to get those last ones. But these are not the only ways to get Chinese peppers in this Chinese game.

You can buy up to 5 chilies from Chief Mao at Liyue (next to Katheryne) for 1000 Mora each every 3 days. Good if you’re still missing a few and don’t want to go on a field trip for some groceries.

Planting Jueyun Chili in the Teapot

By equipping the Seed Dispenser, you get the Jueyun Chili Seeds for free whenever you pick them up in the wild. You can use those in your Serenitea Pot for growing your own Jueyun Chili plants in the Jade Fields. They take 3 days to grow, which is the same respawn time for the specialties in the open world.