How to Make Leek Soup in Disney Dreamlight Valley

Adventure into the unknown for one vegetable 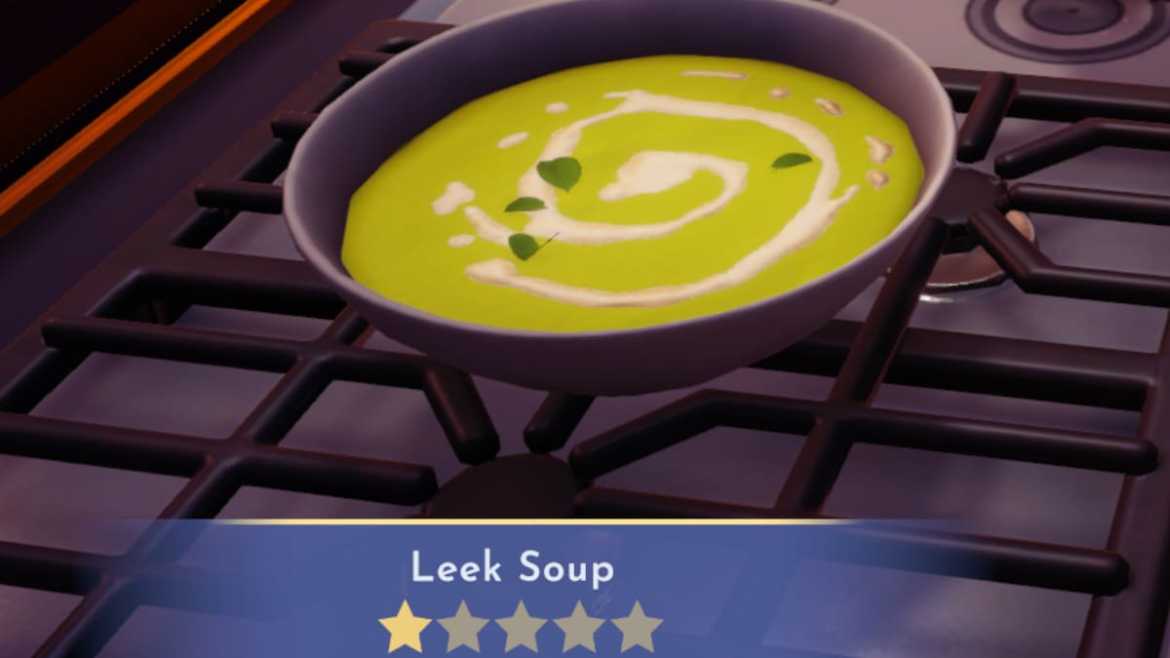 With nearly 200 recipes in Disney Dreamlight Valley, you’ll have to gather almost every ingredient in the game if you want to make them all. You’ll encounter a mix of expensive five-star dishes and easy-to-make one-star recipes. One great example is leek soup, a reasonably simplistic dish that sells for several hundred coins and restores over 400 energy. If you’re interested in learning more, continue reading to discover how to make leek soup in Disney Dreamlight Valley.

How to Make Leek Soup in Disney Dreamlight Valley

To make leek soup, you need, well, leeks. It is a recipe that only requires one ingredient, meaning you don’t have to add anything else if you don’t want to. While tossing other items into the cooking pot will increase its coin and energy values, you risk accidentally creating another dish. Be careful when doing this!

Related: Where to Find Leeks in Disney Dreamlight Valley

Unfortunately, if you’re a newer player, you may have to wait a while before unlocking this recipe. Leeks are purchasable exclusively in the Forgotten Lands, a late-game area that requires 15,000 Dreamlight to access. You also must open Sunlit Plateau first, requiring another 7,000 Dreamlight. Once you do this, you’ll have to rebuild the Forgotten Lands Goofy Stall and buy a leek or some seeds.

If this sounds like a daunting task, there is one alternative you can try. If you already have WALL-E in your village, you can progress through his friendship quests until you unlock the Valley Garden. After upgrading it a few times, there’s a chance you’ll find leeks, among other ingredients, in the garden each day. However, this expensive method is not guaranteed to net you leeks immediately.

Disney Dreamlight Valley is available to play on PC, Nintendo Switch, Xbox One, Xbox Series X/S, and PlayStation platforms through the official website. If you’re interested in learning more about the game, check out Where to Find Gooseberries. If you’d rather see the complete list of every cooking recipe in the game, be sure to check out our Disney Dreamlight Valley Cooking Guide.