How to Get Beast Balls in Pokemon Scarlet and Violet 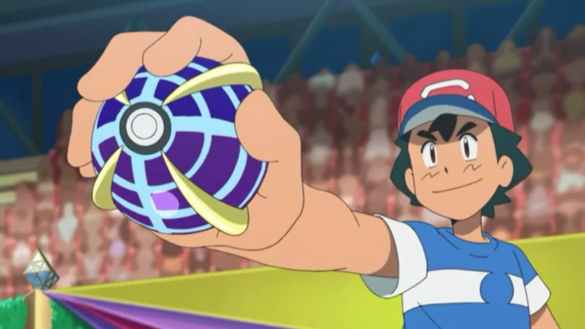 Along with the other groups of legendaries that accompany Solgaleo and Lunala in Pokemon Sun and Moon, we were also introduced to the Ultra Beasts. Those special creatures are not only exotic in their aesthetics but also behave way different from what we’re used to seeing in regular Pokemon. That’s only to be expected when we’re messing with space creatures from beyond the rift.

Regular Pokeballs won’t work on Ultra Beasts (with the sole exception of the Master Ball). However, researchers from the Aether Foundation have developed the Ultra Ball variation which is completely dedicated to those creatures. There are a few of them available in Pokemon Scarlet and Violet, and here’s how you get them.

How to Get Beast Balls in Pokemon Scarlet and Violet

Pokemon games usually reward trainers that go the extra mile of filling their Pokedex. You can get one Beast Ball by catching all of the 400 different Pokemon in Paldea and then speaking with Professor Jacq in the Academy in Mesagoza. The main reward for the feat is the Shiny Charm, but this exquisite ball is also welcome.

Beast Balls will almost always fail when used against regular Pokemon, only working when thrown directly at Ultra Beasts. They are the only way players can reliably catch them without resorting to the “screw it” button that is the Master Ball.

Related: What Does the Shiny Charm Do in Pokemon Scarlet and Violet?

If you’re looking for more Beast Balls, you’ll need luck (and patience) on your side as they’re obtainable from reclearing the Academy Ace Tournament unlocked in the post-game. There’s a small chance you can get a Beast Ball as a random reward, so you must keep trying. At least you make some easy money from it.

Aside from that, there are no other ways to obtain a Beast Ball in the game. But it’s not as we need them, as Ultra Beasts are not available in Pokemon Scarlet and Violet. They might introduce them at a later date, such as in 7-star Tera Raids, but as for now, your only opponents in these have been starters from previous generations, and that might continue to be the case for a while.