The TAQ-56 has taken over the AR meta. 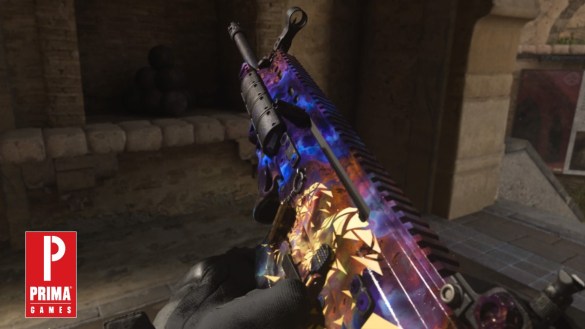 With the M4 taking a backseat in competitive modes and the Kastov-74u still on the bans list, the TAQ-56 has quickly become the most popular assault rifle in Modern Warfare 2 Season 1 Reloaded. Even players who don’t participate in competitive modes have taken a liking to the traditional Scar.

By default, the weapon has tons of damage and plenty of control to allow for optimal assault rifle plays. But that doesn’t mean attachments can’t make a massive difference. If you want the edge in all of your games, then you’ll need the best TAQ-56 loadout in MW2, and we have you covered.

There are slight variations to many of the TAQ-56 builds in Modern Warfare 2, but some pieces are integral to every loadout. Our main goal is to stabilize the recoil from the Scar and ensure that the accuracy of each shot is perfect. Speed won’t be as important but is still a factor. Each attachment is listed below.

Two of the most important attachments are the 17.5″ Tundra Pro Barrel and the FTAC Ripper 56 underbarrel. These are the main pieces in the loadout geared towards control and accuracy on the TAQ-56. You can expect recoil control, damage range, and more bullet velocity.

Next, we want to add a mix of recoil control and mobility. Using the FTAC Castle Comp will be our last fix to any of the recoil on the Scar. Then the Demo Cleanshot Grip will provide some sprint-to-fire and ADS speed to our AR in Modern Warfare 2. Stats will be the most balanced with this combination.

The last attachment is the High Velocity ammunition, but it’s more of a preference item. If you can get used to the iron sights on the TAQ-56 in MW2, then this is a great addition. However, using an optic like the Cronen Mini Pro is another fantastic pick if it works well for you.