What is Skill-Based Damage in MW2? - Answered - Prima Games
Tips

What is Skill-Based Damage in MW2? – Answered

Are your shots getting weaker? 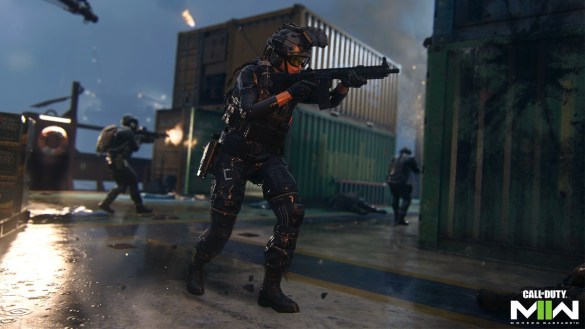 At this point, every Call of Duty player has heard about skill-based matchmaking in Modern Warfare 2 or any of the last three COD games where the feature was prominent. But lately, skill-based damage has become a new topic of conversation, and the community has come up with new theories.

While skill-based matchmaking is a very real feature in modern Call of Duty games, the damage aspect is something else entirely, and the odds are that you’ve heard the terms somewhere on YouTube or any other social media site. We’ll discuss what skill-based damage means in this guide and whether the feature really exists in Modern Warfare 2.

Modern Warfare 2 – What is Skill-Based Damage?

If you feel like sometimes your bullets do less damage, you aren’t alone. Skill-Based Damage is the idea that bullets will do less damage in Modern Warfare 2, depending on your skill level within a lobby. That means if you’re the best player in an MW2 lobby, your shots will effectively do less damage, and you’ll need to connect more hits to take players down. Meanwhile, those players will maintain the same damage.

In theory, the feature exists to make skill-based matchmaking even stronger, to a point where better players are getting nerfed themselves. There are even videos where bullets seem to follow that same pattern of less damage. But most of these videos either come down to desync issues on the server or players simply missing their shots. It’s skill-based but not on the end of Infinity Ward.

Unless Infinity Ward comes out and confirms this theory, there doesn’t seem to be any evidence of skill-based damage in Modern Warfare 2. It would be a great way to throw some blame when lobbies are getting tough, but it’s still not likely. Currently, we only have classic skill-based matchmaking to yell about in COD MW2.