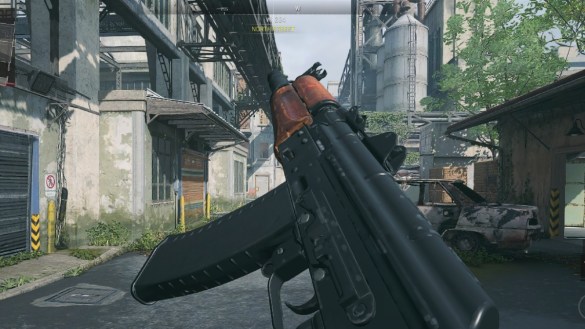 When the beta was released for Modern Warfare 2, there were a few standout weapons that many players began to utilize. Many of those weapons, like the Kastov-74u, are still incredibly deadly in any match and can dominate the battlefield when the right attachments are used.

As you’ve probably seen by now, the Kastov-74u is a variant under the Kastovia weapon platform that is classified as an assault rifle. Players that are used to the AK-74u from the previous Call of Duty games may have expected a submachine gun instead. But don’t worry, our guide will show you how to utilize the Kastov-74u with the best loadout attachments possible.

In Modern Warfare 2, we’re back to the five attachment systems that most of the Call of Duty games feature. You’ll need to unlock attachments from all over the Kastovia platform in order to get the best ones. Below you’ll find all five attachments within the platform that you can use for an advantage.

First on the list is the Echoline GS-X Suppressor that we use to conceal shots just a little bit better on a hectic battlefield. Along with the sound suppression, the Echoline will make sure there is less overall recoil so that sustained fire is easier. This comes at the cost of some damage range.

Because we’re building this Kastov-74u like an assault rifle hybrid, we want to ensure the supporting attachments help with close quarters. For the underbarrel and the rear grip, the best options are the Agent Grip and the True-Tac Grip. The Agent is like the Sharkfin but it will also provide some hip-fire accuracy without much of a negative. Then the True-Tac Grip will help with ADS and sprint-to-fire.

On this Kastov-74u loadout, we want to end with the 1mw Laser Box and a red dot sight. The Laser Box is another way to maximize the hip fire potential of the weapon. As for the red dot sight, that’s all personal preference, but picking a sight that helps with clarity and close quarters is crucial in Modern Warfare 2.