When Does Black Adam Come to MultiVersus? - Prima Games
NewsTips

When Does Black Adam Come to MultiVersus? 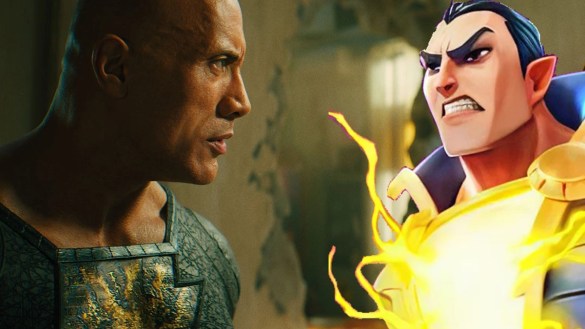 Update part deux: Black Adam is officially out! Check out the patch notes for version 1.05 to see what else he came with. There’s a new profile icon (you can buy it with coins!) as well as an alternate costume that feeds players candy for the Halloween event.

Update: Welp. This week has changed to next week, as the official MultiVersus Twitter feed announced Black Adam is coming to the game on Monday, October 31, 2022.

Hot on the heels of yet another trash fire of a DC Comics movie, Black Adam is finally coming to MultiVersus! It’s unfortunate this… anti-hero? Villain? (Can I get a fact-check on Black Adam’s tabletop alignment?) wasn’t able to show up before the movie reviews started rolling in, but alas. If you’ve been wondering where the hell he is since the Season One title change, here’s when Black Adam is coming to MultiVersus.

Much like it did before with the release for Gizmo and Stripe of Gremlins fame, MultiVersus’ dev team has opted for a short-term tease on Black Adam’s appearance. Bundled with a tease about a new gameplay mode also coming to the game, the MultiVersus Twitter feed confirmed things are going down “later this week.” It’s Tuesday, October 25 as I write this, and the announcement came after I left work for the day yesterday.

So I’m guessing Black Adam shows up either Wednesday or Thursday, to give plenty of room for Friday to be all about enjoying the new content. Of course, that could change at any moment due to delays or me simply being wrong, so watch this page for updates as we’ll get this article refreshed as soon as we know Black Adam is live.

For more on MultiVersus as news and weird stuff happens, check out the game’s tag page here on Prima Games. You can find things like list rankings, character guides (such as the one for my boy Taz here), and random stuff like this weird pseudo-leak in the official soundtrack. You can of course also stick around for future content whenever my cartoon-addled brain yeets something onto the internet.