Someone get Spielberg on the phone to get some answers 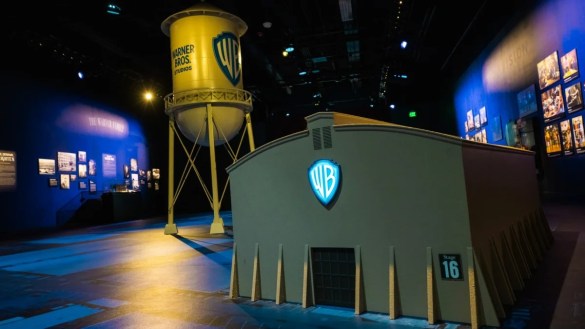 Well, that’s weird. Normally I don’t personally like to comment on datamining if I can avoid it, but here we have to confront it head-on. As we covered earlier, the MultiVersus soundtrack has been released on various music platforms. At first, it seemed like the weirdest thing about it was missing music. But there was also music that simply isn’t in the game. And that music could very well be alluding to new characters, a new stage or maybe even both.

In the interest of fairness, this track, “Come on Down to the Warner Bros. Lot” leaked in a datamine effort. But to be fair, so did Lord of the Rings stuff and we know for extremely clear reasons that stuff ain’t ever seeing the light of day. But this music has, in a weird and unexpected way. An official release via an OST listing that is otherwise incomplete. And there’s a non-zero chance this music is related to a character, or set of characters, or multiple characters as one roster entry literally everyone wants to see in MultiVersus: The Animaniacs.

Or, you know, it could just be a stage for Bugs Bunny. He’s already a jerk, so why not spoil the potential Animaniacs hype? The connection to the Warner Brothers (and Sister) is obvious – the “Puppy Children” canonically live in the famous WB Water Tower. And the music is definitely in that 90s WB cartoon style. But several fans have pointed out motifs in the track directly referencing Looney Tunes music. So the waters are a little murky here. I can’t verify that myself as I’m not familiar enough with Looney Tunes music to recall it beyond the main Merry Melodies tune. The animation sickos will get to it eventually.

There are multiple possibilities. The best timeline gives us the Animaniacs with this stage of course, much like Rick and Morty (hurl) brought along the Cromulons stage albeit before the characters themselves were released. It’s also possible this is simply a Water Tower-themed stage meant to pair with Bugs Bunny, Taz, and other future Looney Tunes characters. There’s also the chance it’s all of the above, making the Water Tower stage a venue for the whole WB animation rolodex. Maybe we’ll see, like, Freakazoid associated with this level eventually.

Either way, this is a weird way to confirm a datamine for sure. Especially since there’s an inconsistency with the Water Tower track missing from the official MultiVersus OST YouTube Playlist. But then, the track is up on the WaterTower Music channel. So was it an accident or not? Probably not. Developer Player First Games is a small team and it seems like the marketing plans got banged around when delays started happening. Can’t win ‘em all!