WB's platform fighter has a universe of possibilities. 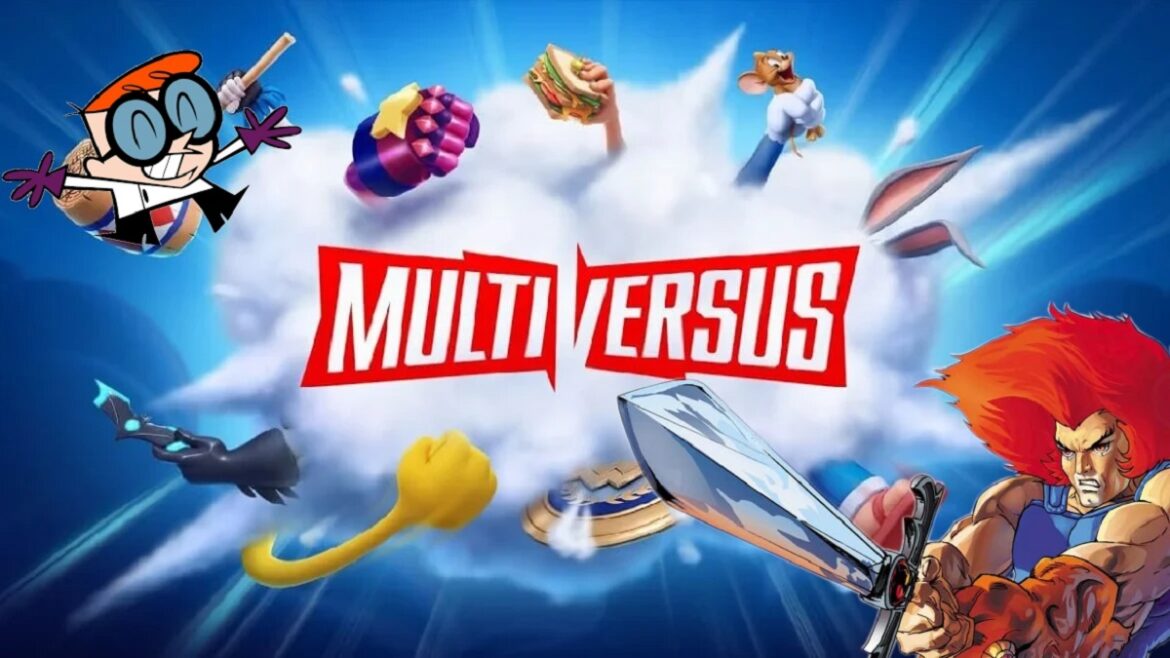 Once, the idea of Shaggy, Superman, and LeBron James punching each other in the Batcave seemed like a fever dream, but MultiVersus has proven that there are some legs in the concept. The new platform fighter from Warner Bros. Interactive Entertainment and Player First Games has captured the hearts and minds of millions of players, and its free-to-play nature ensures a steady stream of new fighters coming to the game in short order.

Warner has embraced cross-pollination between its franchises in all forms of media, so they know how to handle a game like MultiVersus. Leaks have provided names of several fighters already in various stages of development, including everyone from Gandalf to Johnny Bravo to Ted Lasso. Considering those names and the characters already in the game, the current roster is still missing some heavy hitters from WB’s past that could make the game a nostalgic showpiece that rivals Nintendo’s Smash Bros. Ultimate.

Of course, MultiVersus is slightly different, as it has to honor movie and TV history as well as the company’s growing games lineup. From Cartoon Network’s original shows to everything on HBO Max and all the way back to the early days of cinema, there’s a lot to draw from. MultiVersus could honor every part of the Warner Bros. canon while also providing some off-the-wall gameplay to all interested parties. It’s a win-win, especially if Player First Games adds the following names to the development queue.

Most of the Warner Brothers Interactive catalog consists of games based on franchises that already exist elsewhere. The only real games-first name is Mortal Kombat, and Scorpion is one of the leaked fighters headed to the game. If I had to add another character from the company’s gaming history to the list, the only real contender is Alma from Monolith’s F.E.A.R. series.

While everyone poorly received F.3.A.R., Monolith’s two entries are still some of the best horror-themed first-person shooters you can play. Taking advantage of that legacy by adding a representative is a great idea. Alma’s mysterious powers could make for a fun move set, especially if she’s allowed to dish out attacks that trick other players in addition to dealing damage. Warping around the stage or summoning shadow creatures will add to the chaos of a classic match, and the cartoonish redesign of the character will be a sight to behold.

MultiVersus already has several great inclusions from Cartoon Network’s past and present. More recent characters like Finn and Steven Universe share the stage with future leaked inclusions Johnny Bravo and the Powerpuff Girls. There’s only one more name to add to the list, and it’s a big one. Dexter, the boy genius that kicked off the Cartoon Carton era, needs to be in the mix.

While his short stature and scientific pursuits make Dexter more of a lover than a fighter, he has invented several means of anime-esque battling over the years. My favorite for this game would be his Dexo-Transformer. The robotic limbs would keep Dexter in the spotlight during the fight and also give him combat options like his Electric Zapper and a laser machine gun. The suit also lives inside his backpack, meaning he could have a fantastic intro animation where he transforms from boy genius into mecha ace in mere seconds.

Compared to recent cartoon stars, the many faces of Hanna-Barbera are sorely underutilized in MultiVersus’ initial roster. While Fred Flinstone is in the leaked roster, many more opportunities exist. One that immediately comes to mind is El Kabong, the dashing alter ego of cowboy horse Quick Draw McGraw. Whether he appears purely in this costume or Player First Games integrates the gunslinging aspects of his character, he’d fit right into the melee madness.

El Kabong’s side specials and charged normals are all accounted for, thanks to his trademark guitar smash. The signature sound effect would be a great addition, and additional moves could utilize his rope swinging and trusty donkey sidekick Baba Looey. Both characters also recently appeared in the HBO Max series Jellystone!, so kids might even be as familiar with them as their parents.

Street Fighter has Dan. Tekken has Gon. Smash Bros. has Pichu. Every fighting game worth its salt needs a joke character or two, and who better to fit the bill from WB history than an ill-conceived rapping kangaroo from the outback? Kangaroo Jack starred in a live-action film in 2003 alongside Jerry O’Connell and Christopher Walken, with an animated sequel releasing the following year. It is remembered chiefly for the absurdity of its concept, how little of said concept was actually in the finished film, and how much it reran on Cartoon Network in the preceding decade.

Related: Is Gandalf Going to Be in MultiVersus? – Answered

Kangaroo Jack’s main gimmick should revolve around his talkative nature, including in-jokes to the dismal film that shares his name. His attacks are self-explanatory, as kangaroos are known for their powerful kicks, and Jack shows that off in the movie. Add in a stomp move, a high jump, and an annoying taunt, and you have a character that will appeal to anyone who wants to meme their way to victory.

It may seem weird to have a live-action character mixing it up in such a cartoony game, but MultiVersus has already established that it’s fair game. Having LeBron James transported straight from Space Jam 2 means that famous faces from the past can jump in anytime. I suggest Jim Carrey’s memorable turn as Ace Ventura: Pet Detective for a character with a lot of unique potential that also behaves like a Looney Tune and stirs up nostalgia.

Because Ace is an animal whisperer of sorts, his attacks and movement could all involve calling in animal friends to assist him. Grabbing onto a macaw to leap back into the fray and throwing a snake as a projectile could work great. Ventura is also known for his thunderous speaking style, so a sonic scream that replicates the classic sliding door scene could fit right in.

Dorothy and Toto – Wizard of Oz

Introducing The Wizard of Oz to the list of established brands in MultiVersus seems inevitable. The original film is one of the most memorable of its era and fits in with the fantasy theme of the entire game. According to leaks, the Wicked Witch is already on the way, but what is an antagonist without her primary foe? Dorothy and Toto seem like an obvious addition somewhere down the line.

MultiVersus already has Tom and Jerry, a duo that functions as one character and grows weaker when the two halves are separated. The game also has Velma, a character with unique indirect attacks based on her mystery-solving skills. Dorothy and Toto could be a mix of those two, with Toto doing the heavy lifting while Dorothy deftly dodges punches and kicks with every move. Swinging a basket around and having Toto grab onto a foe to mark them for increased damage from a teammate could work fine. Dorothy could also call in some of her Ozian friends, but there’s a good chance they’ll all be getting a spot on the roster before too long.

One of TV’s earliest action stars when it came to the Saturday morning set, Johnny Quest has inspired creators ever since his debut in the 1960s. For those unfamiliar, Quest is a child adventurer flanked by his best friend Hadji, his scientist father, and his vigilant bodyguard. If you’ve seen The Venture Bros. before, now you know where the premise came from

Johnny’s move set is open-ended simply because of how many versions of the character we’ve seen over the years. A more Bruiser-focused build could be based around the 1990s reboot, while a Support character could come from the classic animation style of the 60s. Either way, his dog Bandit will likely get into the action somehow.

Super Smash Bros. probably has a few too many characters revolving around swordplay, but MultiVersus is new enough that it could use a few more. The lead hero of 80s SatAM powerhouse ThunderCats could fill that role nicely. With a unique cartooney design, an iconic weapon, and powerful strikes, Lion-O could be a good jack of all trades character that’s well-known among many of MultiVersus’ players while also covering for ever-popular 1980s nostalgia.

Being a somewhat generic hero protagonist, Lion-O’s move set could borrow from many Fire Emblem-type characters in Smash Bros. Various sword swings for basic attacks and a lightning bolt straight out of Pikachu’s arsenal cover his most iconic moves from the show.

Related: How to Taunt in MultiVersus

The developers could also adapt the two other versions of the character for a unique attack arsenal. Still, these reincarnations failed to gain much popularity compared to the original series, so it’s best to stick with what works.

When it comes to the Kids WB! era of animation, few characters fit into a platform fighter as well as Elmyra Duff. A Tiny Toons riff on Elmer Fudd, Elmyra was the stereotypical little girl with too much love for her pets (and any other poor soul trapped in her clutches). The cast of Tiny Toons were all small animals, making her a worthy adversary throughout the show’s run. Her traits also let her fit into a unique archetype not yet covered by the MultiVersus roster.

As I see it, Elmyra should be a grappler character in the vein of Street Fighter’s Zangief. Embracing enemy fighters and capturing them in a dog cage or flinging them across the stage would be her main form of attack. She could also disable fighters by dressing them in pet clothes that strip them of their moves for a few seconds. It’s a comically accurate way to depict the character that Tiny Toons fans will love.

A big part of the Warner Bros. canon concerns its early movie output, and that era can’t be represented by The Wizard of Oz alone. It may be an enormous effort to relicense the novel character of Sam Spade and the likeness of legendary actor Humphrey Bogart. However, including the headlining detective from the classic film The Maltese Falcon could prove just how far Player First Games and Warner Bros. are willing to go to showcase the company’s history.

Sam would likely play out as something similar to Star Fox, considering that he’s an average human whose only tangible form of offense is a handgun. It’s unclear if a realistic revolver would fit in with the game’s T Rating, but stylizing the character as they did for Arya Stark could give them enough leeway to avoid something apocryphal to the film.