A guide for all the maroons out there 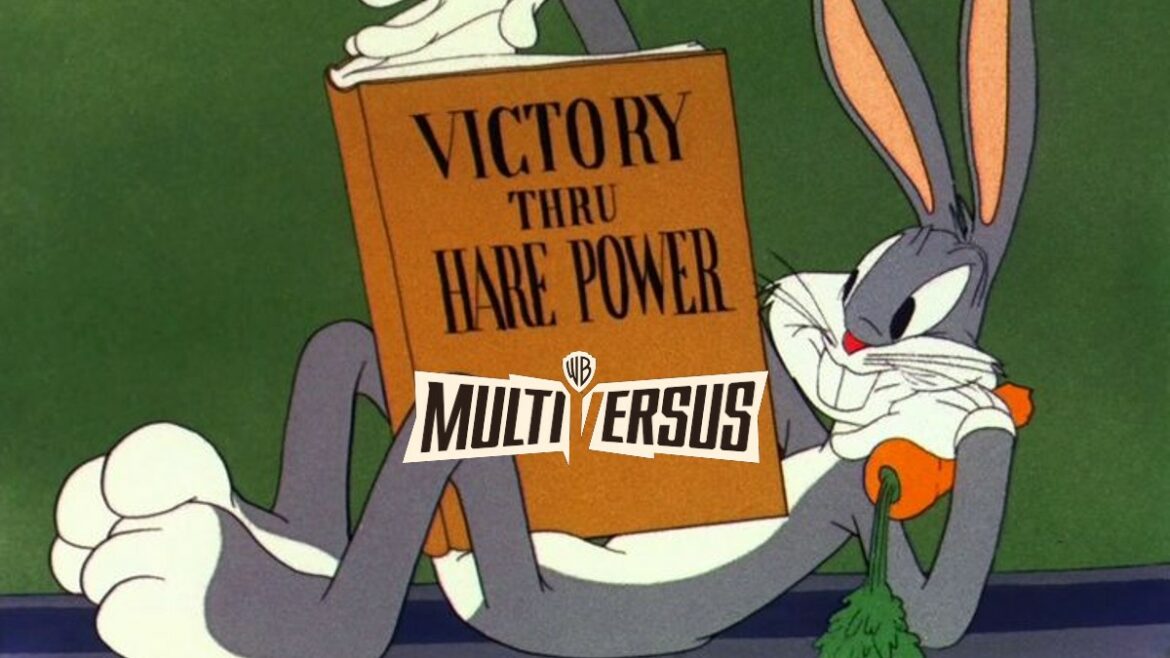 Since MultiVersus hit its open beta phase, I’ve found myself putting lots of time into characters I never expected to. One of those characters is Bugs Bunny. Don’t get me wrong I love Bugs, but trickier characters in fighting games are often too much for me. But Bugs has been a real riot to play despite some of his challenges. And I think people like me, mid-tier players who don’t have a ton of lab time, could benefit from some guidance.

So before you get to reading my Bugs Bunny guide here, know that I’m no esports guy. There’s YouTube if you want top-level strats. This is more of a character overview with suggestions and things I’ve noticed personally while playing, figuring it out on my own. I’m also assuming you kinda know what you’re doing, so we won’t be wasting each other’s time explaining what the buttons do.

Our boy Bugs is a “Mage” character, which basically means he has a lot of projectiles. And that’s definitely true! Up close, Bugs is not great but can get out of trouble if he needs to. You won’t be zoning with Bugs, but you will be leaping in and out of danger based on the situation. Luckily you have the tools to do so. Most of the time.

My first tip is to pay attention to your cooldowns! Bugs has a lot of crap he can throw around but has limited quantities. You get everything back, but until then you need to make sure you know when you’re out. And if you wanna keep throwing stuff then simply holding down will give you something. If you get dynamite you can even get a KO! Just be careful taking the time to fish through that box.

Bugs’ main projectiles are the pies, safes, and rockets. Each one seems to have an ideal use, although I’m sure there’s a lot more you can do at higher levels. Pies are great for harassing players from a distance since they fly pretty fast and far charged up. You also get four of them. Safes are more unwieldy but are great for dropping on players distracted by your teammate. Using them on the ground seems less efficient since they come out a lot faster in the air.

And since you dropped it right on top of someone it’s easy to quickly hit it for extra damage. The rockets are gonna be your big kill condition, but you have to be careful since they take a bit to get moving. But they’re too big to dodge easily and do tons of knockback, making them excellent punctuation marks.

Bugs’ burrowing move has limited application, but can be super useful. The cooldown is nuts, but if you have the burrowing-specific perk you can cause a little extra mayhem going back and forth through your tunnel while it lasts. If you’re using a different perk, it’s more of an extra dodge than anything else.

For physical moves, Bug’s side attack in the air is amazing. It’s a sort of basement dropkick that lets you maneuver a bit in the air while you charge it. That makes it great for closing in quickly, escaping, or even starting to run away then jumping back into the action. It pairs great with the safe as well.

Unlike many other characters, Bugs’ side attack ground combo thing is pretty rough. The range is super short and it doesn’t do a great job keeping people inside its damage zone. The follow-up is pretty weak as well. Don’t just throw this thing out unless you’re positive you can land it. Similar deal with the Charm move. It comes out super slow and has a very small range (unless you use the perk for it) so just throwing it out is a bad idea.

Remember, Bugs is a Mage character. The screen also says “Hybrid,” implying he can do a little of both, but that’s only marginally true. Bugs has to get in way too close to be an effective melee fighter, and he can’t take enough damage to justify it. Instead, you should be using his bag of tricks as effectively as you can. That means a lot of hit and run, with an occasional drop kick or up air if you can land a hit. Otherwise, try to keep back when you have tools in stock and be as annoying as possible. And once there’s decent damage on the board, light that rocket. Stinker tactics all day.