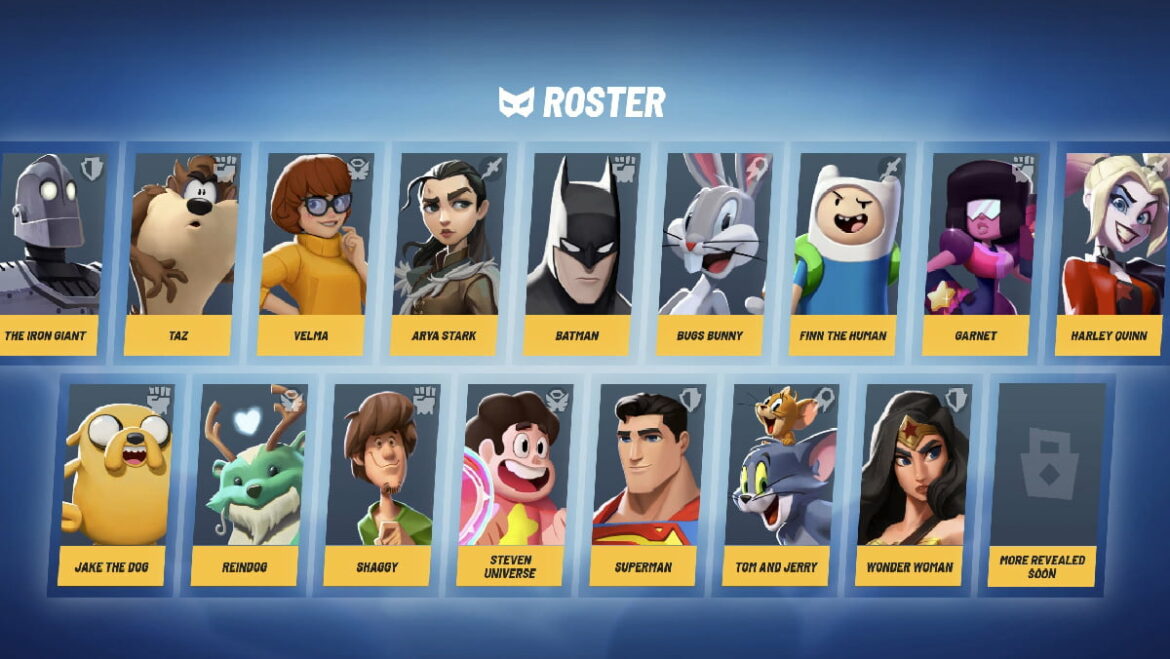 If you’ve been playing the Open Beta for MultiVersus, you may recognize some of the voices in the game. The game hosts a mix of new and iconic voices that are hard to miss. With over 16 characters in the current roster and more to come, it’s understandable that many are excited over the game’s future, especially once it officially launches later this month. Continue reading to explore an updated list of the entire voice actor cast in MultiVersus.

All Voice Actors and Their Characters in MultiVersus

Below is a list of every MultiVersus character and their voice actors currently in the game:

Since more characters are planned for release in the future, this list only reflects those currently in the game. As the roster increases, the voice cast list will stay updated accordingly!

Jim Cummings enters the MultiVersus scene as he voices Taz! With hundreds of roles in the past, his most notable works include the voices of Winnie the Pooh, Tigger, and Darkwing Duck. He has also played Taz in previous cartoons, such as the 1991 Taz-Mania.

This Scooby Doo tag-team duo arrives in the MultiVersus universe! Both Kate Micucci and Matthew Lilliard, who play Velma and Shaggy, respectively, have previous ties to the Scooby Doo franchise, making their appearances all the more fitting.

What better person to voice Arya Stark than Maisie herself? Playing Arya Stark throughout the entirety of Game of Thrones, Maisie Williams continues her role in MultiVersus.

Surely many are pleased to hear that Kevin Conroy, the voice behind Batman in Batman: Arkham and the 1992 Batman Animated Series, is also playing Batman in MultiVersus! As one of the voices of Batman for over 30 years, having him play it in the game, too, is the cherry on top.

Don’t worry if you were concerned about Finn’s voice changing! For all the Adventure Time fans out there, Jeremy Shada is also back to play Finn in MultiVersus.

Like Finn’s actor’s appearance in the game, Jake’s original VA John DiMaggio is also here! Known for his roles as Jake the Dog and Bender from Futurama, John is here to voice Jake once again in MultiVersus.

Originally played by Zach Callison from the show, Steven is now voiced by Daniel DiVenere in the game. It’s fun to mix things up!

Thankfully, Estelle is back to voice Garnet from Steven Universe! You may also know Estelle for her music and various film appearances.

Despite being voiced by multiple actresses over the years, a notable one is here to set the stage! That’s right, Harley Quinn in Multiversus is played by Tara Strong, who has voiced her over 40 times.

Reindog is the first original character added to the game out of every character in this list. Andrew Frankel voices this adorable reindeer-dog hybrid.

Last but not least is the power duo from DC Comics. With George Newbern voicing Superman and Abby Trott behind Wonder Woman, these two characters wrap up this voice actor list.

These descriptions wrap up the MultiVersus voice cast list so far. Stay tuned for updates as more characters are added with their respective VAs.

MultiVersus is available on PC, Xbox Series X|S, and Xbox One, PS4, and PS5 platforms through the WB website. If you don’t yet own the game, check out our Open Beta Twitch Drops guide to grab the game before the official launch on July 26.