You can't stop the Lasso of Truth with a baseball bat 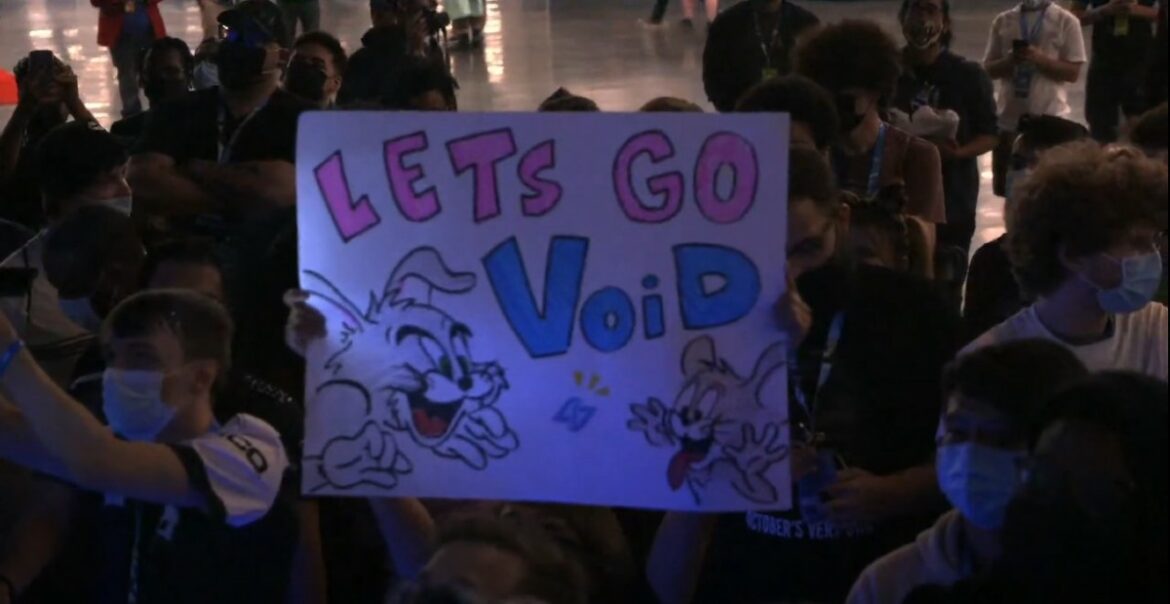 Evo 2022 wasn’t just notable for being the rebirth of the world’s biggest fighting game tournament, and the return to in-person FGC WrestleMania. It was also the major tournament debut for MultiVersus, WB Games’ white-hot platform fighter and my professional beat. And this tournament, with a massive $100,000 pool that paid out all the way down to top 32, was held during the open beta phase. Wild.

As pools whittled down to top 32, then 16, then eight and down to Grand Finals, we learned a lot about both the MultiVersus community, and the game’s current meta. Or, at least, the perception of such at this early stage in the game’s life. Before the dust settled there were dragons to slay, questions to answer and announcements to make. So let’s dig in and see what it all could mean.

They Came to Slay a Meta

The discourse on who is or isn’t busted in MultiVersus has been loud and dirty, due to the game’s early, open beta status and some mechanics in dire need of addressing. Finn was a big question mark who ended up out of the picture despite Chavo being an early favorite, but the true menace appeared to be the Bugs and Velma duo.

When eventual winners VoiD and NAKAT emerged from Losers to challenge for the top spot, NAKAT said “I’m ready to stop the Bugs and Velma meta” which is exactly what happened. And it happened with a Wonder Woman in play, who many in the community were sure was a dud. Turns out there’s a lot more labbing to go for everyone!

Rexehh and Cosolix were already struggling against T1FF4NY and Stahly, but things ended early when an accidental pause ruined a potential comeback. What happened? Well, it seemed like a simple butterfinger, but what made it especially interesting was it happened on a keyboard. The FGC is known for all kinds of wacky controller setups, but it’s interesting to see Keyboard play viable at such a high level.

Once that pause thing is figured out we could potentially see more of this in the PC community.

Batman was an early threat for sure coming into Evo thanks to his nasty air combos, but the real threat turned out to be Superman. Some seriously dirty play was looking to dominate the MultiVersus tournament, with Supes’ grappling moves leading to lots of early game knockouts. Stahly’s Superman in particular was getting away with murder, but ultimately Synume and Leviathan’s Batman/Reindog combo found a way around the Man of Steel’s reign of terror.

Tom and Jerry. That’s it, That’s the Headline

As seen in the official Prima Games MultiVersus character rankings, that are totally objective and not at all based on inconsistent criteria, Tom and Jerry is the best roster slot by a longshot. And that proved to be the $100,000 truth as VoiD showed what such a complex character can do in the hands of a master.

MultiVersus has a long way to go before it’s a solved game. During the show, the roadmap for season one was shown off, showing plenty of new content coming to shake up the open beta meta. But we also know tons of adjustments and tweaks are coming, including a total (and needed) overhaul of hitbox/hurtbox functionality. By the time Evo 2023 rolls around, MultiVersus will be a totally different game.

Of course, Season one’s planned debut was delayed without a new release date, so right now we have no idea when to expect all these changes to start landing. Oh well! They’ll come eventually. Tony wouldn’t lie to the people.

What did you think about MultiVersus’ debut tournament at Evo 2022? Any surprises or new tech sticking with you after the competition? Let us know!