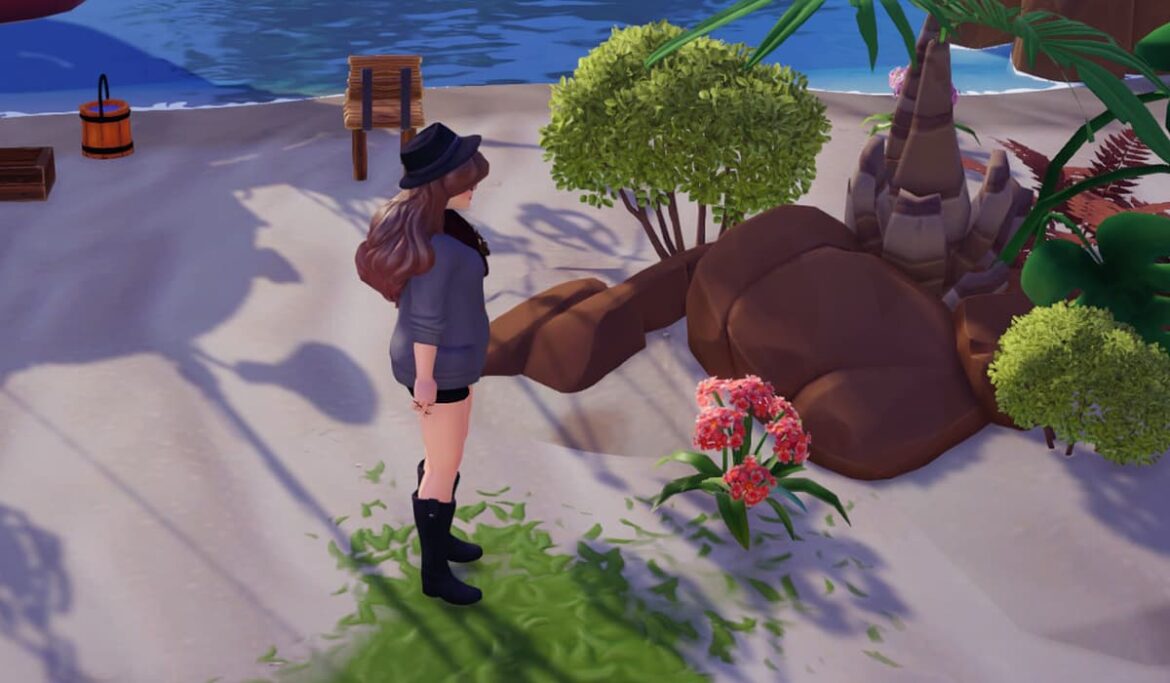 When you think of Disney Dreamlight Valley, you may think of happy Disney characters, cooking food and clearing out annoying Night Thorns. However, what might not pop up in your head right away is questionable business deals.

You heard that right. Ursula and Scrooge McDuck are having some conflict as the former makes some deals with others in the Valley. As you start investigating and arranging an agreement with her, she’ll ask you for a White and Red Hydrangea. If you’re interested in learning how to find this White and Red Hydrangea in Disney Dreamlight Valley, continue reading to discover more details.

Surprisingly, the flowers don’t specifically spawn on the grass. If you’re searching around the area for the Hydrangea, be sure to look everywhere! While some spawn on the grass near the mythical cave entrance, you’ll also see some past Ursula’s old cave, Moana’s fishing boat and Goofy’s stall. Several flowers also spawn in the beach’s western half.

From here onwards, you’ll have to rely on luck to find the White and Red Hydrangea. Since there are multiple Hydrangea types, you’ll see those alongside the white and red ones. If you don’t see any White and Red Hydrangeas, pluck any other flowers in the area and wait some time for them to respawn. This’ll allow more flowers to bloom, raising your chances of finding the one you want. You can also use this tactic for any other flower you need in other regions!