Vampire Survivors: Cappella Magna Explained and How to Find Trinacria

This stage is the craziest one so far. 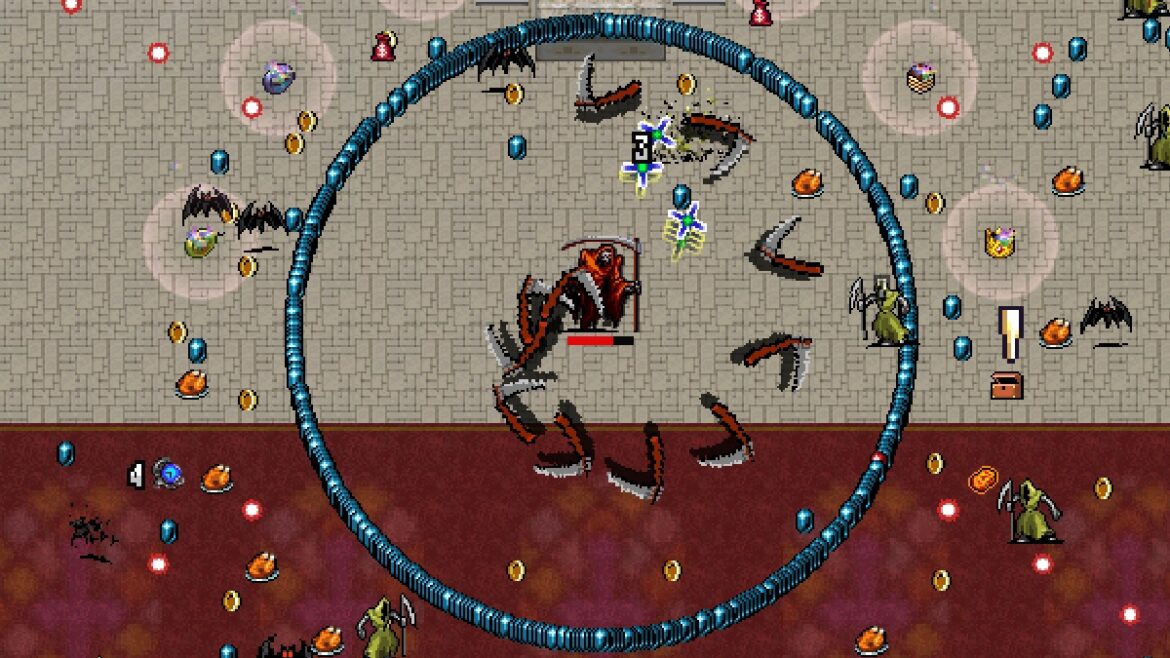 The new stage is finally here! Stage 5 is truly hectic and it took us a while to get everything down because there’s just so much going on and is simply way too overwhelming at first glance. The map looks kind of like the Holy Forbidden. Here’s everything you need to know about Cappella Magna and how to find Trinacria in Vampire Survivors.

Spoilers ahead – you’ve been warned!

How to Unlock Cappella Magna in Vampire Survivors?

This stage can be unlocked by completing the Lunar Eclipse event in the Moongolow, by completing the Holy Forbidden.
What’s certain is that the action commences immediately as you start your run and doesn’t end until it finishes. After just 10 seconds, Orange Death comes to greet you, immediately morphs into a weird contraption, and starts haunting you. You can easily get rid of it using the Rosary (three of them have been strategically spawned, usually under your spawning location. You just need to go around a bit, they should be in the same place, or you can use Arcana VIII to drag them all to your starting location). Alternatively, Pentagram gets rid of it easily.

Thought that’s it? Nope. At 5:00, Blue Death (Drowner) visits you and starts drowning the entire map starting from the bottom. However, he’s easier to deal with than in the Gallo Tower and Pentagram / Rosary deals with him easily.

How to Find and Defeat Trinacria in Vampire Survivors

This one is easy. You don’t find her, she finds you! She’s a three-legged miniboss that automatically spawns at 25:00. She is fairly easy to defeat, so no sweat there. An achievement is unlocked when you defeat her for the first time.

On this map, there’s also a Coffin that’s located in the lower section. We have a guide for the said Coffin on Cappella Magna right here.

You will notice that some windows have a rainbow-ish tint that constantly changes colors. No, no, don’t worry – these aren’t harmful. They are indeed traps, as you may have presumed, though. But they are for the enemies! As soon as you damage them, they deal Area of Effect damage (and a pretty decent chunk of it, if we may add).

At 30:00, the regular Red Death arrives and he has some company (we don’t want to spoil that, even though we spoiled the entire level so far.)

That’s everything you need to know about Cappella Magna in patch 0.7.0. We’ll make sure to update the article as necessary since the developer has specified that this is the first iteration of the stage. Now have a look at our other Vampire Survivors articles under the game tag below – there’s a lot of unlocking to be done.