The wait for Vampire Survivors v1.0 will finally be over! 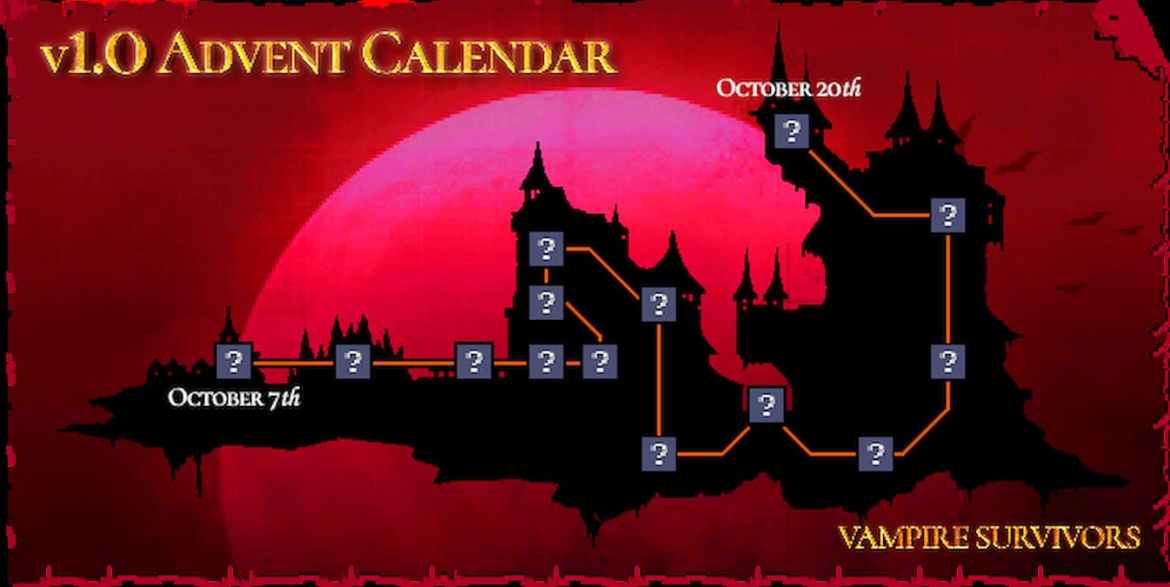 Vampire Survivors has really gone a long way and has amassed a big following, despite not being fully out yet. This is the type of “early access” project that we like to see, with committed developers that do not give up and keep pushing to the finish line (and even beyond!).

We are happy to share that the release date for Vampire Survivors has been announced officially, and we now know when to prepare for the new content that was also announced. Here’s what you need to know!

When is Vampire Survivors 1.0 Coming Out?

It has been revealed that there will be (who would have thought) new achievements. Some old achievements are getting reworked with different unlock conditions, there are many surprises when it comes to new content, and out-of-the-level progression will be more “streamlined”. A few balance changes are bound to happen as well, like added languages.

Vampire Survivors 1.0 will be released on October 20, 2022. The exact time is not known at the time of writing but what we do know is that the beta will not be available this time around, but some teasers might be officially released. Prima Games, will, of course, cover the development with unparalleled passion and commitment as always because we are obsessed.

We have already mentioned that the game will be moved to a different engine by the end of this year, which means that it will be released with the current “Electron” engine. This, naturally, indicates that the support for the game will not cease to exist after the full release. The developer said that there will be more surprises and there is even an illustration of the Advent Calendar. Exciting!

We only have good stuff to say about this developer team, and the community agrees and consistently asks for a RAISE in the price of the game so that more money can be sent to the devs because it’s visible that a lot of effort, planning, thinking, and of course, work hours are poured into Vampire Survivors. And we wholeheartedly agree.

Here, you can visit the Official Steam Page with the announcement and see the official release.

Stay tuned to Prima Games as we follow through the Advent Calendar, the actual release of the game, and day 1 guides for all the new unlocks and achievements.

Related: List of All Spells (Cheats) in Vampire Survivors

Below, we are embedding the trailer for Vampire Survivors 1.0 which provides a short recap of how the game developed during the course of this year.