I Played a Buttload of Steam Next Fest Vampire Survivors Clone Demos; These Ones Were Great

No, Isekai Frontline is not on the list, you degenerates 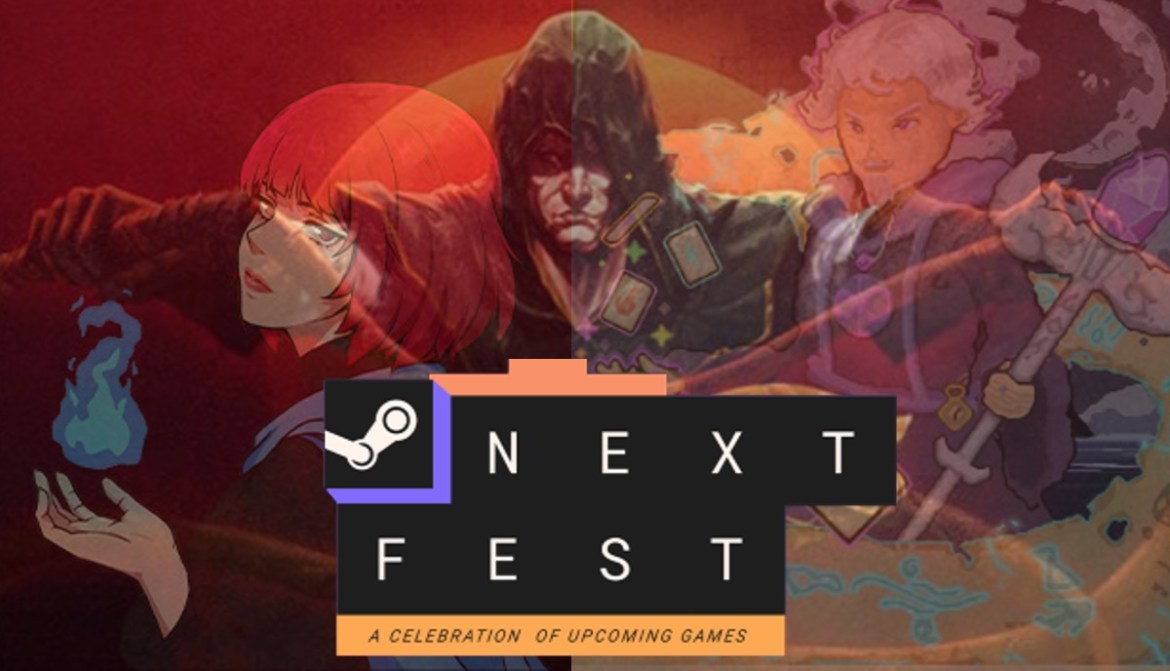 Don’t ask me why, but this year I paid a little attention to Steam Next Fest. Normally I don’t, not because I think it’s bad or anything, but because I just… don’t. For as much as I love game demos as a concept, I sure as hell don’t have time for them. But this year, I noticed a trend that got me tickled. See, we love a little game called Vampire Survivors here at Prima Games. I don’t really cover it anymore, but I still play it (in my heart anyway)! And so does everyone else on planet Earth, if all the Vampire Survivors “clones” on Steam Next Fest are any indication.

Clearly, we have a new subgenre here, firmly rooted in videogames canon. I don’t think we’ve seen something this feverish since the Soulslike gold rush, and that’s kinda still happening. I don’t even know what to call this one, but from sus-looking, cheap mobile games (and decent ones!) to literal-by-god pornography, Vampire Survivors has spawned a Thing. And there’s no better evidence than the huge list of upcoming derivative… roguelike wave shooters? Did anyone coin a goofy portmanteau yet?

I decided It’d be fun to download most, if not all, Vampire Survivors clones with demos available as part of Steam Next Fest 2022. I don’t like the “clone” designation, since I don’t think videogames inspired by other videogames are ripoffs in that way. But nobody searches “derivative works” on Google. Anyway, I deeply underestimated the scale of this exercise, forgetting most successful Vampire Survivors rounds are a static half hour. But I played more than 14 different demos and whittled the herd down to five I thought were really good and worth paying attention to. Maybe even dropping on the ol’ wishlist! I might do a couple honorable mentions as well, depending on how I feel in a few minutes. This article is like 25% sunk cost fallacy at this point!

I almost dropped this one without playing, and thank goodness I didn’t! I should’ve expected to run into spotty controller support, but like I said I don’t come round these parts often. Cult of Babel adds a deck-building gimmick on top of the whole survival shmup thing. What makes that interesting is instead of getting upgrades when you level up, you collect money and fight with what you have until a timer counts to the next wave. Then you can buy as many upgrades as you can afford, and even go into your deck and upgrade what you have. It’s a different flow that helps this game justify itself. [Steam Page]

This one surprised me by showing up in the spooky section in addition to the roguelike list. A very vibrantly moody game, Her Name Was Fire is about a witch (I think) using her fiery sorcery to battle through… dungeon manifestations of the five stages of grief? The gameplay is straightforward but the vibes are intense. Definitely keeping an eye out to see if the final game ends up more story-driven compared to its peers. [Steam Page]

This game looks the roughest, if only because the character sprite is chunky and fuzzy, and the UI seems very basic and “Game Makery.” Except it’s super damn sophisticated under the hood and has this weird Mega Man thing going on that overcomes the early/unfinished/low-budget vibe. There’s a charm and charisma here that really hooked me. The enemy sprites are really cool though, and there’s a neat gimmick in which you have to meet conditions at shrine-like structures for goodies. [Steam Page]

Sole Saga is in need of some real elbow grease, mostly in the localization department. You can get by with what’s there though, and the game underneath is pretty fascinating. It’s more about speed and grinding than some of the other games here, with a little Soulslike sprinkled in. The “Sole” part of the title got a smirk out of me, but for real, there’s stamina, a dodge roll you can attach bespoke skills to (hell yeah), and actual boss fights with big, red health bars that will tear you in half if you aren’t careful. Lots of weird anime stuff with zero context, which is what I love to see from indie games of this nature. One of the characters I unlocked was extremely weird, and seeing so many slots for unlockables had my gacha senses tingling big time. [Steam Page]

I honestly surprised myself with this one. It looks kinda… generic, but Spell Defender stands out among all the other Vampire Survivors clones here with how differently it plays. The 3D, third-person perspective makes for a new approach mentally, even if the structure is familiar. The different spells and elemental properties add a lot to the character-building aspect, and being more of an arena-style stage makes for some daunting combat scenarios. Hoping for some more music and whatnot for a stronger presence of self, but otherwise, I’m eager to play more. [Steam Page]

Not gonna lie, Soul Survivors is about as creatively bankrupt as you can get for a premise. It’s the one trend, but with the dark fantasy and S-word from the other trend!! That aside, the core game here isn’t much more ambitious but is totally solid. The demo character being so close range-focused was refreshing compared to everything else, so having big, meaty sword swings and summoning a giant hammer to smash zombies had its appeal. On the fence, but I’d give it another whirl with more stuff to do. [Steam Page]

At first I thought I hated it, then I thought it was pretty neat, and once I turned the game off I settled somewhere in the middle. Soulstone Survivors is the only other 3D game here next to Spell Defender and takes a very scattershot approach. There’s a lot going on here, so much so that it’s almost impossible to see what the hell is even happening after a certain point. The aesthetic is mobile game generic fantasy ugly and sorely lacking in personality. But once I kinda got acclimated I started having something resembling a good time? It’s a weird one for sure, and at the end of the day I’m not quite sold but not turned off either. [Steam Page]