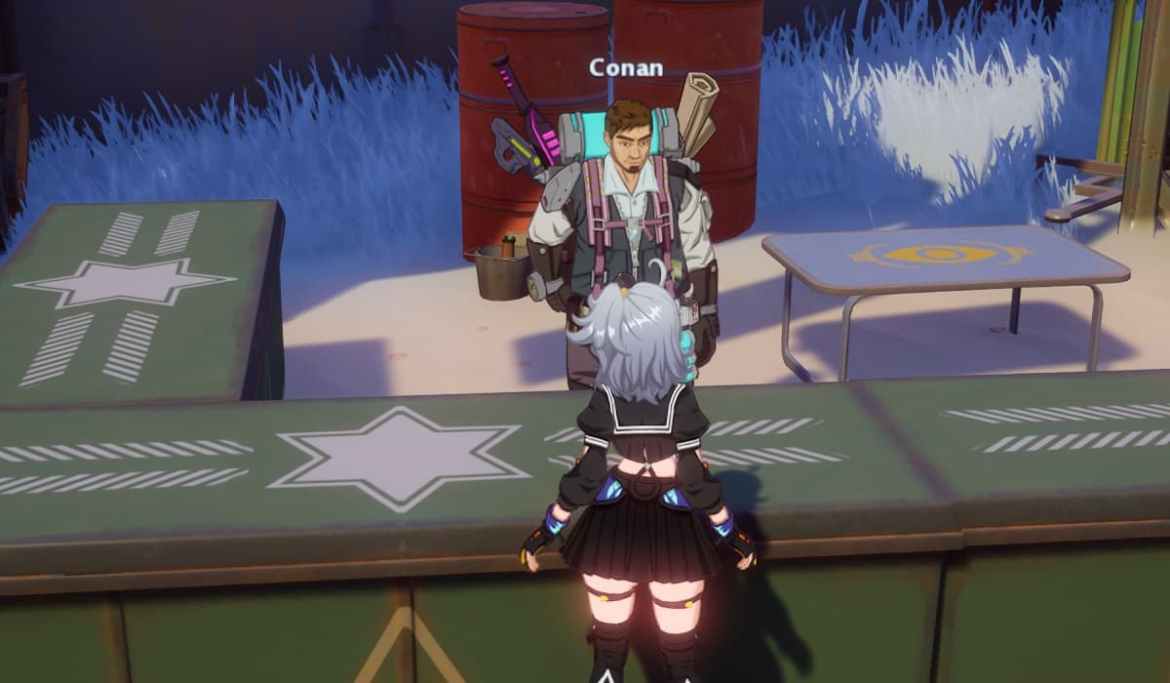 If you’re looking to progress through Tower of Fantasy chapter five in hopes of finishing every objective in Aesperia, you may also have your sights set on completing side missions. While doing side quests may sound dull, they’re helpful when trying to finish the story and gain Potent Omnium crystals. Snowfield Expedition, taking place in Warren, is one of the two side missions required to complete chapter five. If you’re interested in learning more, continue reading to find a comprehensive guide on finishing the Snowfield Expedition quest in Tower of Fantasy.

Below are all the steps for completing each part of the Snowfield Expedition quest in Tower of Fantasy:

To begin, you’ll want to head to (983.1, 63.7) and speak to Conan. The mission is initially labeled as “Find amplifier” on your map, notifying you of your first task. Conan will ask you for help finding one of his team members, Simon.

To start the first of five parts, you’ll have to head to three map nodes and recycle each machine you find:

After collecting all three transponders, go towards the quest marker west of Saag Passage. You can either start from the location of the third transponder group or transmit to the Aarniel Fortress Spacerift to get slightly closer. From here, travel to the spot and climb up the mountain until you reach the marker. To make the climb easier, detour to an area such as (151.5, -658.1) before heading east along the cliffsides. Your destination is (416.4, -629.8), where you can place down the transponder.

Related: All Electronic Lock Passwords in Tower of Fantasy

After placing down the amplifier, your new quest marker will appear north of the Warren Omnium Tower. For a slightly faster route, transmit to Warren Snow Peak Spacerift and fly northeast to the point. Parkour across the ice chunks and climb around the back of the abandoned area to find a book.

From here, go to the Warren Snow Peak Spacerift a second time and drop down until you find a group of enemies, a supply pod, and another book. The third book is nearby and is easily accessible by going to the Spacerift a third time. Transmit to the Spacerift, run southwest, and pick up the final book.

Finding Captain Simon and Taking Back the Data

Once you’ve collected all three books, you’ll find an Exploration Team Leader at (924.5, -636.7). This team leader, Simon, will tell you about the Heirs of Aida stealing some of their data and ask you to help get it back. Travel north along the bridge to the quest marker before spotting the nearby camp.

Related: Where to Find All Warren Scenic Points in Tower of Fantasy

After discovering the Heirs of Aida encampment, head into the area and defeat them before hijacking the nearby terminal at (865.5, -883.1). You can now head south towards the quest marker and speak to Captain Simon once more to wrap up the mission.

Upon completing this brief conversation, you’ll finish the Snowfield Expedition quest line as part of the Tower of Fantasy Chapter five story!

Tower of Fantasy is available on PC, Android, and iOS devices through the official website. If you’re interested in other Tower of Fantasy quest guides, check out our Hidden Memory and Ark Quest Guide walkthroughs.