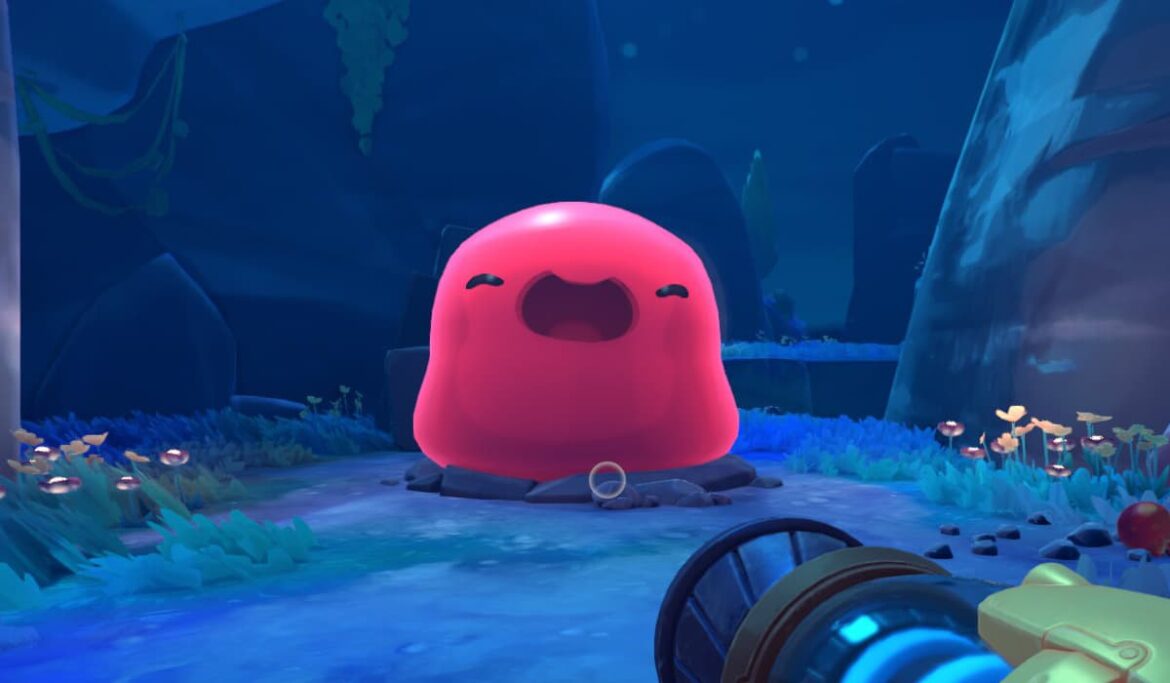 Gordo Slimes in both the original Slime Rancher and Slime Rancher 2 provide several benefits. Not only do they drop a bunch of regular slimes, but they unlock access to teleporters, secret tunnels and other normally inaccessible areas. When you encounter one, you’ll always want to try to feed them until they (literally) pop. If you’re interested in learning more, continue reading to find a comprehensive and ever-growing list of all the current Gordo Slime Locations in Slime Rancher 2.

Gordo Slimes are much larger versions of regular ones. Unlike normal slimes that eat one food item and give a plort in return, Gordos eat anywhere from 15-30 food! However, the reward output is much greater, making it worthwhile to gather food for them.

Below is a list of every Gordo Location we’ve found so far, organized by in-game regions, that’ll update over time.

Head west out of the Conservatory and travel through Rainbow Fields to the Refinery Transfer node shown on the map. Head north from here and through a small tunnel until you reach the Pink Gordo. Feed it any food you’d like!

Head west out of the Conservatory and travel through Rainbow Fields. Before reaching the Refinery Transfer node shown on the map, travel south up the ramp until you find the Cotton Gordo. Feed it any vegetable!

When you exit the Conservatory, head south instead of west. You’ll find a ramp leading down to a pathway by the water. Travel down this path and turn the corner to find the Phosphor Gordo’s cave. Feed it any fruit!

After entering the area from Rainbow Fields, travel directly south until you reach a field of Feral Rock-Pink slimes. Head through the small path southwest of this area and follow it until you find the Hunter Gordo. Feed it any meat resources!

Bring three Boom Plorts with you and the Jetpack upgrade before traveling to this location!

Head to Ember Valley through the Rainbow Fields teleporter and go west. Once you reach the first archway, jump up the rocks to your right and head into the cave entrance. Venture into the cave until you find a room with a glowing exit before throwing the three Boom plorts into the nearby statues. Go into the now open room with the large pillar. Use the water spout to get onto the pillar and fly to the nearby entrance to find the Rock Gordo.

Since the game is currently in Early Access, this list will continue to grow as more content releases. Additionally, as I learn more about each region and explore, I’ll continue to update this list!