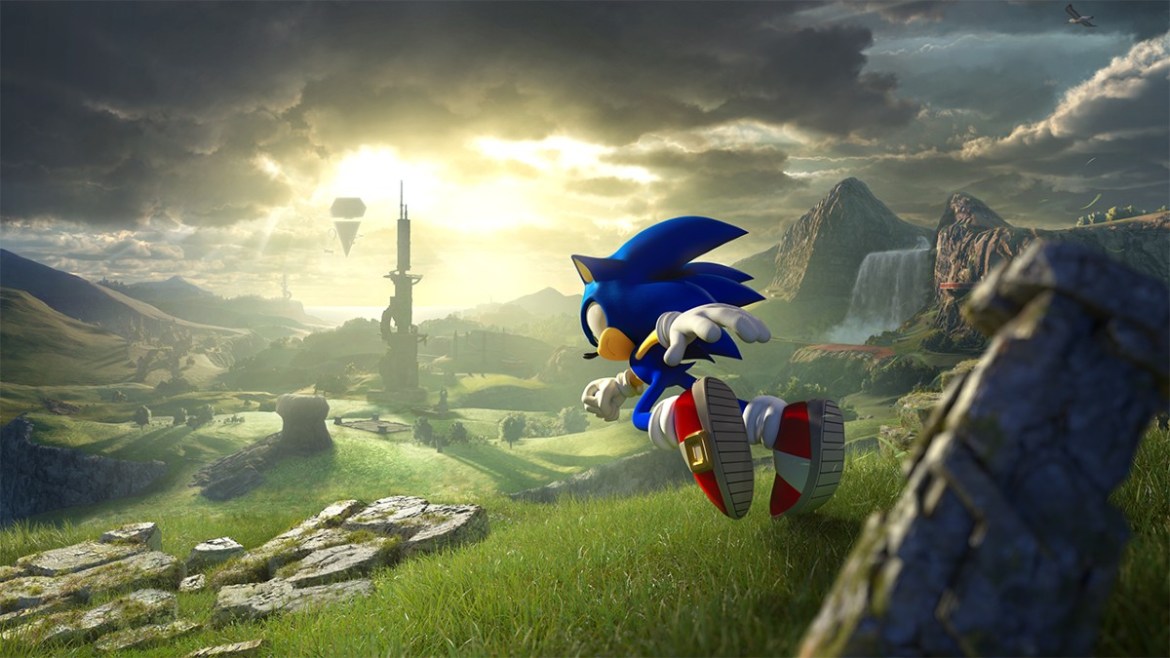 If you’re itching to play Sonic Frontiers on Steam Deck but don’t know how well it runs, that’s what we’re here for. I bought SEGA’s latest game on Valve’s portable PC and tested it. What was my experience, you ask? Is Sonic Frontiers’ Steam Deck performance good? Here’s what you need to know.

Right off the bat, let me say a big, fat nay. Nope. Nada. Do not do it. A big clue lies in the big “Unsupported” compatibility logo you’ll see when going to buy Sonic Frontiers on Steam Deck. Hear me out, though; I own plenty of games that play well on the console even though they’re listed as “Unsupported” (take Harvestella as an example – says it may not work but runs beautifully at an almost-constant 60FPS). So I’d hoped this would be the case with Sonic, but I was wrong.

Upon starting a new game and getting out of the cutscenes, Sonic Frontiers’ performance immediately dipped. I’m not talking 60FPS to 30FPS, I’m talking 40FPS to 5FPS. No exaggeration. Trying to play the first Cyber Space level was like wading through a pool of thick molasses. Absolute pain.

Going out into the open world wasn’t much better, either. It ran OK until I reached my first group of enemies, when the screen completely froze and I was attacking with only audible cues. Once I’d somehow defeated them, it unfroze but was still chugging along like a train running on empty.

I even tried to mess around with the settings, both in the game and in the Steam Deck’s menu itself. In Sonic Frontiers’ menu, there’s an option to limit frames-per-second to 30FPS. I did this and also lowered the graphics quality. I also set the framerate limit to 30FPS in the Deck’s Performance menu.

This made the game run slightly better, though the overworld was still choppy. Figured it was good enough to the point where I could just deal with it but then I tried loading into another Cyber Space stage and again, it instantly dropped to 5FPS and was literally unplayable. My last resort was messing around with different Protons but each one I tried had the same result.

In short, don’t waste your money. Even though it looks rough on Nintendo Switch, you’re honestly better off dropping the $60 on there if you want to play Sonic Frontiers portably. I’ve tried the Switch version too and it runs miles better, though it’d be wise to invest in a Split Pad Pro for easier controls.