Can you run the game as fast as the blue hedgehog himself? 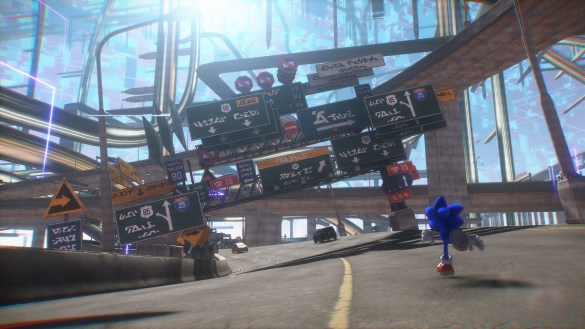 Sonic Frontiers can be found on a wide variety of platforms, from current and last-gen consoles to both Switch and PC. You can play Sonic Frontiers wherever you want, though naturally your performance and image quality will vary depending on your platform. You might have more compromises on other platforms compared to PC, though you may be wondering if PC fares just as well or better. Here’s whether Sonic Frontiers’ performance is good on PC.

How is Sonic Frontiers PC Performance?

To get the elephant out of the room, yes, Sonic Frontiers does run better on a PC than on any other platform. Consoles seem to run the game at rates from 1080/60 FPS to 4K/30 FPS, while the Switch version runs the game at 720/30 FPS. This does naturally put the PC version ahead of its competitors, but only by a small margin. Sonic Frontiers can run at a maximum setup of 4K resolution and 60 FPS.

That might sound quite nice to a lot of you, though those with a 144 FPS-capable monitor or better will be left disappointed. Without the assistance of mods, which are inconsistent to begin with, it’s impossible to run the game at higher than 60. If you’re running the game at 4K, you expected that sort of performance at best anyways, but it’s still a shame to see the FPS cap be so low. It would be nice to see Sonic Team and SEGA increase it on PC in the future, though you shouldn’t hold your breath.

What is nice is that you have the most customization out of any platform just naturally. You can tweak a lot of the graphics settings to your liking, changing resolution, graphics quality, and more to tailor to how you want to play Sonic Frontiers. It may be far from perfect, but it’s not a bad setup either.