SEGA may have taken "blue blur" a little too literally. 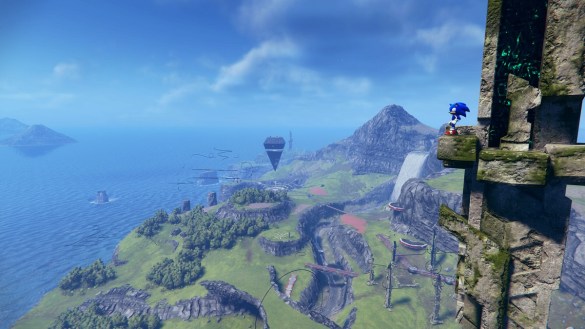 Sonic Frontiers is the newest 3D Sonic game to hit the market, and to little surprise, the game is divisive on many levels. Not just in critical acclaim, with scores ranging from 90 to 20 out of 100, but as far as technical problems go. Like any other Sonic game, fans have been running into a whole ring of technical issues from bugs to the way the game itself runs, with some even reporting the PS4 version running better than the PS5 version. One such bug can result in a poor viewing experience, and we’re here to help you fix that. Here’s how to fix the blurry screen issue in Sonic Frontiers.

What Causes a Blurry Screen in Sonic Frontiers?

As far as community complaints go, it seems people are dealing with one of two separate problems causing a blurry screen. Thankfully, the fix for both is straightforward. The first thing you’ll want to do is head to the options menu and change the resolution. For some reason, the game defaults to 200p resolution which causes it to look terrible and as if for a screen like a Nintendo DS. Once you have it at a more acceptable 1080p (720p even), it could resolve the issue immediately. The other fix is also in that menu, which involves the “Blur effect” setting. Disabling that could also fix the issue, depending on when you’re experiencing it.

While it’s only one issue with the game taken care of, hopefully, it’s the only issue you’ve run into so far. As much as it’s a divisive Sonic game, a new batch of Sonic content is totally welcome and still can’t be worse than the well-hated Sonic Forces. Or at least, we hope it isn’t.