How to Unlock All Secret Planets in Solar Smash 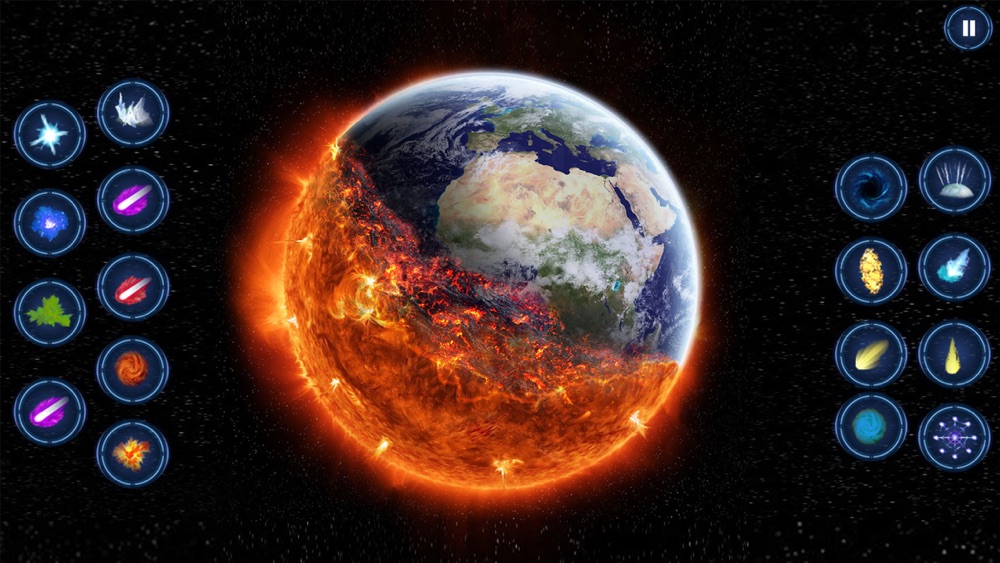 Solar Smash, the Planet Destruction Simulator, is a simple game for mobile devices in which you have only one goal: destroy celestial objects of all shapes and sizes with various insane weapons. With various easter eggs and hidden surprises, many players wonder how to unlock all of the secret planets in Solar Smash.

How to Unlock All Secret Planets in Solar Smash

An alarming number of people believe in flat earth theory, so in order not to feel left out in this apparently pro-globe game, it is possible to unlock Flat Earth in Solar Smash. All you have to do is set the laser to “5” and use it to destroy the upper and lower parts of the planet. When only the middle part is left, press reset and you’ll get Flat Earth as a target. It even includes the Flat Earth theory accurate little Sun that you can blow up as well.

If you have a strong desire to blow up a planet that resembles a Minecraft block, you are in luck. To create it, open your grid settings and put the X, Y, and Z values to the middle, then lower each one by one.

Related: How to Get Cube Earth in Solar Smash

Next, the “excess” of the planet outside the grid should be destroyed. Anything marked inside the grid is safe, so fire away. Once you have the perfect cube, you only have to reset it once and Cube Earth is there.

Maybe the Earth is flat, maybe it is a cube – and maybe it has the shape of a donut?! To unlock Donut Earth, the tactics are similar to the one used for Flat Earth, you need to remove the top and bottom, but also make a hole in the middle. When you “draw” a circle in the center of a thinned out planet, just hit restart and Donut Earth will be unlocked.

Now we are entering a really weird zone, because in Solar Smash it is possible to unlock the spirit-planet better known as Ghost World. To unlock the ghost planet, you need to hit the planet a million times. The easiest way to do this is with the purple ghost weapon, which you can find in the Monsters category. Bring out as many space ghosts as you can and when they completely destroy the planet after resetting it, Ghost World will be unlocked.

A giant snowman in outer space? At this point… Why not? Unlocking the Snowman is quite simple: you just have to freeze the entire surface of the planet with the Freeze Ray weapon and then restart. After that, it should be available in the Unknown System category. What’s amusing is that Snowman is indeed composed of snow, with no planet core to be found inside.

Although October is a long way away, Halloween lasts forever in Solar Smash if you manage to unlock Trick or Treat world – or a huge space pumpkin. To get the Trick or Treat World, you need to use the Planet Killer weapon found on the UFO tab (second weapon from the top). If you use it anywhere on Earth, the beam will overheat the planet’s core and make it explode. The trick is to press restart at the right time here, just a moment before the explosion – this requires very precise timing. If you do it right, the Trick or Treat pumpkin world will become available.

To unlock the Gingerbread Man planet, the player must use the Planet Killer on the Snowman. After using it for enough time, the Snowman will begin to glow bright orange. The Planet Killer probe will then teleport away. As soon as it teleports, immediately reset the planet. If everything is done correctly, you should have now unlocked the Gingerbread Man planet in Solar Smash.

The final secret planet in Solar Smash is called Blockworld. This secret planet is reminiscent of Minecraft, and is most likely a callback to the classic voxel game.

For more Solar Smash guides, check out how to unlock the lightsaber that you can use to slice the planets, and if you need even more Star Wars themed Easter eggs see how to execute order 66 in Solar Smash.