How to Find Redcrests in Genshin Impact - Prima Games
Tips

How to Find Redcrests in Genshin Impact

Be careful not to prick yourself. 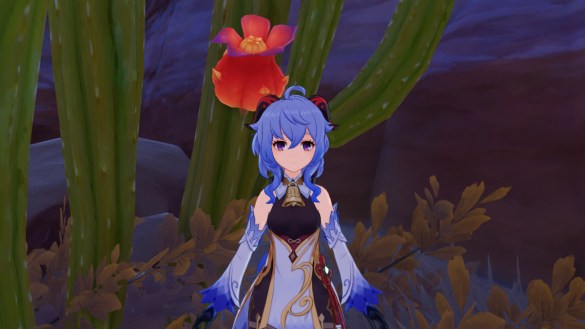 Redcrest is a new type of Level-Up Material in Genshin Impact, added in the 3.1 update in September 2022. It is used to ascend Candace and you’ll need a whopping 168 of them if you plan on getting the Hydro character to level 90. Here’s how to find Redcrests in Genshin Impact.

If you’ve yet to reach the Sumeru Desert, you’ll need to as this is where Redcrests are located. See our How to Get to Sumeru Desert in Genshin Impact guide if you need help finding the new sandy biome.

Once you’re in the desert, look for green cacti with a red flower attached to the top – this flower is a Redcrest. They are scattered all over the Sumeru Desert, throughout both the Land of Lower Setekh and the Hypostyle Desert so you shouldn’t have any issue spotting them at all.

Related: Genshin Impact: Where to Find the Hidden Sumeru Statue of the Seven

If you’re after a specific location or want to establish a farming route, the area south of Aaru Village has an abundance of them, as well as east of the Dune of Carouses. As mentioned, they do appear in the Hypostyle Desert but in lesser quantities so we’d advise farming the Land of Lower Setekh first as you’ll find more of them there.

As of right now, no vendors sell Redcrests so scouring the Sumeru Desert is the only way to get your hands on them. They are also only used to ascend the 4-star character Candace at the time of writing, though it wouldn’t be a bad idea to stock up on them as you find them just in case more uses for the material are added in the future. And knowing Genshin, they probably will be.

Now that you know how to get Redcrests, another material you may be wanting to farm is the Damaged Prism, which you can learn all about in our How to Get Damaged Prisms in Genshin Impact guide.