How to Get to Sumeru Desert in Genshin Impact

There's a new area to explore! 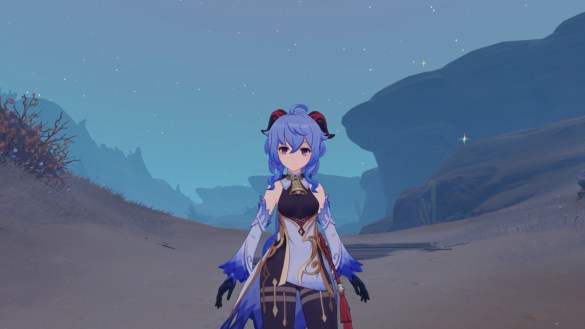 The Genshin Impact 3.1 update is here which means players can finally explore the Sumeru Desert! While the forest-sand hybrid region was released in update 3.0 back in August, the desert area was inaccessible – until now. Here’s how to get to Sumeru Desert in Genshin Impact.

If you’ve already reached Sumeru then you’re able to go to the desert area, so those who have already unlocked the region just need to find it. If you haven’t explored Sumeru yet, there are a handful of things that you’ll need to do first. We’ve already covered how to get to the new region in our How to Get to Sumeru in Genshin Impact guide, but here’s a TL;DR below:

How to Get to Sumeru Desert in Genshin Impact 3.1

Once you’re in Sumeru, you’ll need to make your way to the Caravan Ribat in the west of the region. It’s northwest of the Ruins of Dahri and directly west of Apam Woods. If you’ve been here before, you’ll no doubt have unlocked the Teleport Waypoint here so you can just warp to it for ease of access.

Upon reaching Caravan Ribat, simply head down the west path and you’ll be in the desert. Continue southwest where you’ll stumble upon Aaru Village and a Statue of the Seven which will unlock that portion of the map. Congratulations – you can now explore the new desert region and warp back to it whenever you want.

Prima Games is covering the Genshin Impact 3.1 update in full so check back soon for more guides to help you around the new sandy area, including puzzles and collectibles. Until next time!