How to Get to Sumeru in Genshin Impact - Prima Games
Tips

How to Get to Sumeru in Genshin Impact

Sumeru over the rainbow. 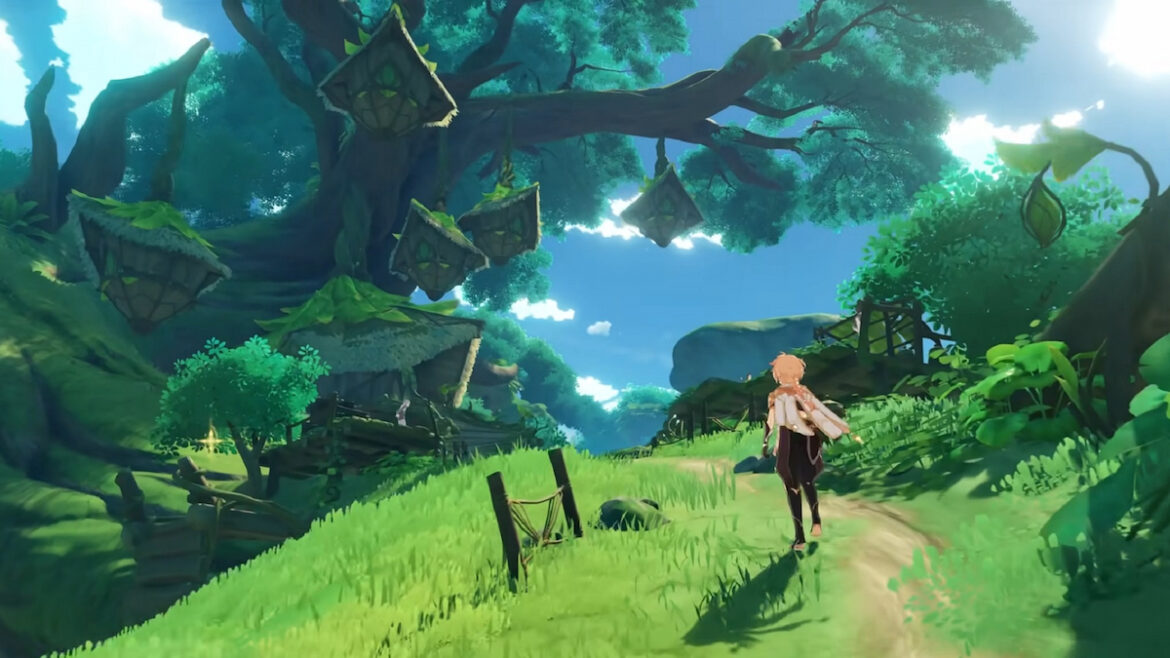 Genshin Impact Update 3.0 is finally here and not only do we get new characters, new Artifacts, and new Domains, but there’s also a whole new region to explore: Sumeru. It is a hybrid area, consisting of both the desert and the rainforest, and is home to the Dendro Archon, Lesser Lord Kusanali.

But how exactly do you reach this new region? Here’s how to get to Sumeru in Genshin Impact.

If you’re a fan of Genshin Impact theorycrafting, you’ll know that the main consensus is that Sumeru could be accessed via The Chasm, a Liyue area added in the 2.6 update back in March 2022. And now, with the release of Update 3.0, we now know that they were in fact correct.

To reach Sumeru, you must travel through a small tunnel in the wall at Cinnabar Cliff in the overworld portion of The Chasm. To find it, warp to the Statue of The Seven that’s just above Cinnabar Cliff on the map. From here, glide down to the south towards a wooden bridge where you’ll spot the opening on the right with a Teleport Waypoint outside it. Attune to the Waypoint and then go through the tunnel to get to the new region.

Previously, Paimon would give you the “How about we explore the area ahead of us later?” message whenever you tried to exit the tunnel into the Sumeru region. But not anymore – yay!

While many players will be able to access Sumeru straight away due to how far they are along in the main story quest, others may hit a wall due to the prerequisites needed to access the new Dendro region.

In order to go to Sumeru, you must:

Once you’ve met these requirements, you’ll automatically get the “Chapter III: Act I – Through Mists of Smoke and Forests Dark” Archon Quest in your Quest Log which takes you to the new region.