How To Download Sonic Frontiers Free Demo for Nintendo Switch

You can now try the best new Sonic game for free 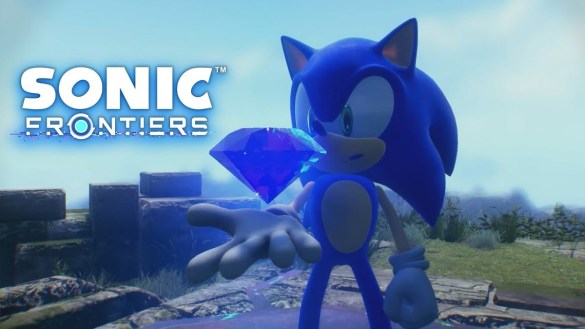 Although Sonic Frontiers didn’t pick up many awards at the big awards ceremonies, it did pick up our hearts! The best recent 3D Sonic game in has definitely marked the end of 2022 for many new and old-school fans. Released on many systems, Sonic Frontiers reached many players, selling as many as 2.5 million copies so far. However, if you haven’t tried the game yet, and you have a Nintendo Switch, it is possible to download a free demo and see how this version of the game runs.

Related: Will Sonic Frontiers Have DLC?

How To Download Sonic Frontiers Free Demo for Nintendo Switch

After many players discovered the existence of this demo and started making Japanese accounts to claim it, Sonic Frontiers Demo game director Morio Kishimoto took to Twitter:

“We have prepared a trial version for the Switch version only! It will be distributed sequentially to each country from now on. If you are wondering whether to buy it, please try playing it once. You should notice that it is different from past Sonic games and other open world games. It’s not too late to judge after experiencing it”

So, if you are patient – you don’t have to make that Japanese account; wait for the demo to come to your regional store. It’s on its way, as the game director confirmed. Unfortunately, for those on other platforms wanting to try out Sonic Frontiers before joining those 2.5 million players, it seems there is no demo version for other systems in the plan besides Nintendo Switch. If you still need more convincing – check out our review.