How to Check Monster Fortes in Dragon Quest Treasures

Hesitated on this one but eh, what's the worst that could happen 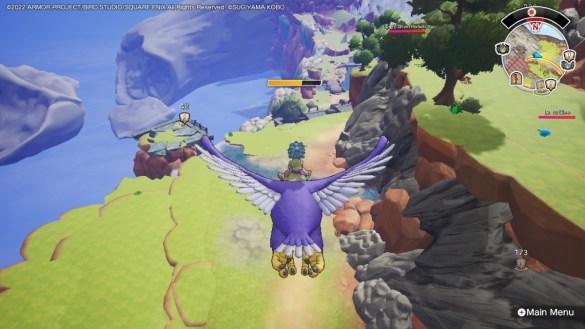 So, Square Enix’s new adventure-slash-monster-collecting game Dragon Quest Treasures has a mechanic called “Fortes.” These are abilities monsters have that you’ll be using a lot, to interact with the environment for both navigation and treasure-hunting. So how can you identify which monster has which Forte? Here are a few ways to check your Monster Fortes in Dragon Quest Treasures.

Related: What is Safekeeping Score in Dragon Quest Treasures?

How to Check Monster Fortes in Dragon Quest Treasures

Earlier on in the game it seems like this information isn’t as readily available as it gets later. You can see what your available monster Fortes are when you’re adjusting your party back and home base, and you can open up the Logbook and check Fortes in the monster list. It doesn’t take long for more options to open up, at which point it’ll be pretty hard to miss this information. It starts to become available everywhere.

There’s a lot of information to sift through in this game, so just make sure you’re checking to make sure you haven’t missed something. Fortes can often be at the very bottom of a monster’s Attributes list, on a page you have to tab over to. Eventually though, you’ll just get used to which monster type has what Forte, because the pool of creatures you can scout is pretty low compared to say, games in the Dragon Quest Monsters series.

There aren’t very many Fortes in Dragon Quest Treasures, so I may as well list them out for you in case you’re super early on and need to know. There’s Launch (big jump), Sprint (ride a monster for extra speed and no fall damage), Scan (utterly useless gathering point radar), Stealth (dig under small openings), and Glide (Breath of the Wild ripoff mode obviously).