Yes the slurping is funny but also please stop 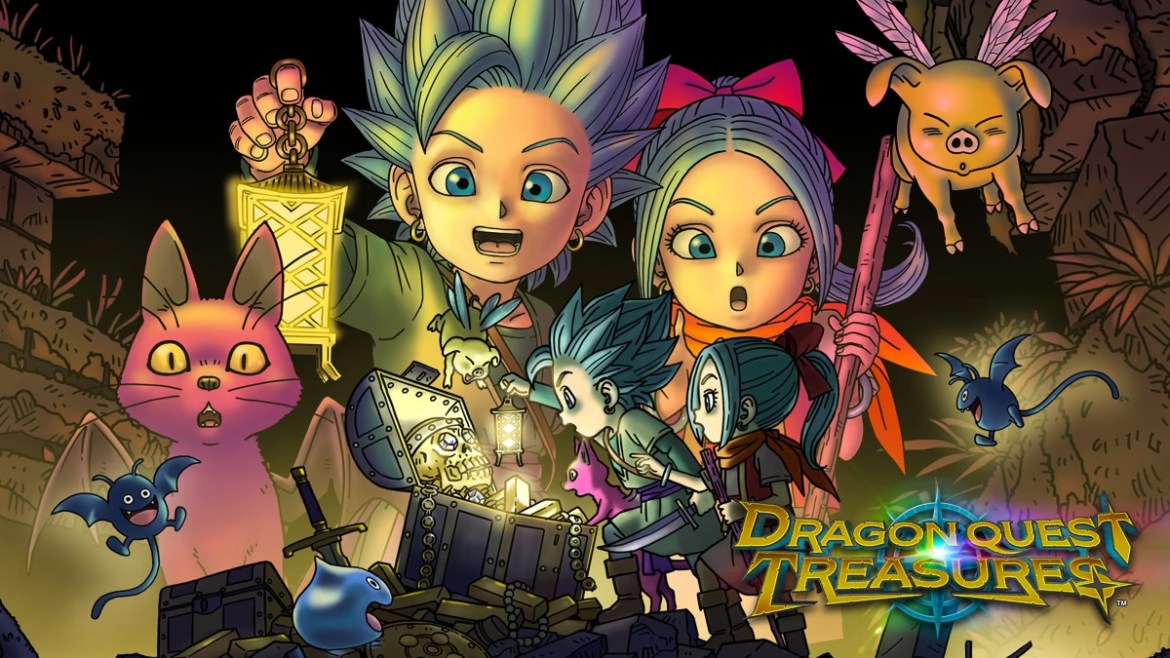 Dragon Quest is my comfort food, my happy place, my fast track to serotonin. Dragon Quest Monsters has been my favorite spinoff, even above the Heroes games and that’s coming from a Musou sicko. So Dragon Quest Treasures has been a source of intrigue for me since it was announced. It’s a strange combination of monster collecting, real-time combat and open world adventuring. And as complex as that sounds, it’s designed to be super friendly to casual players. This lighthearted treasure-hunting experience has been a great way to unwind, even if at times it feels a little too carefree.

There are three-ish major pillars to Dragon Quest Treasures’ loop. There’s monster scouting, treasure hunting and exploring/the main quest. These high level goals all feed into each other in a satisfying way. You get monsters to gain more access to treasure and environments, your treasure ranks up your gang and access stronger (and more) monsters, and your exploration connects points of travel and eventually leads you to completing the story.

When you have a self-sustaining game loop like DQTR does, it doesn’t take much to have yourself a little routine develop almost subconsciously. You don’t need to play for much longer than a half hour and you’ll make all kinds of numbers go up; every part of the game lifting up the others makes every moment feel worthwhile. Even if you only play long enough to get a few new pieces of treasure, or complete some dispatch missions.

Thinking about DQTR in terms of, “is this a good videogame?” means really looking at each pillar individually. Overall I’m having a great time, but am I having a great time with each cog on the machine? There are certainly ups and downs, some more noticeable than others. Combat stands out the most as a bit under-developed, while finding treasure and improving your gang is definitely the marquee component.

You can see how DQTR started as a new Monsters game. The concept to make it about treasure-hunting caused a major pivot, but some of the bones are still there. Getting new monsters to join you is fun, although you have a distinct lack of control over their stats, abilities and presence in battle. There’s an interesting slingshot thing you have going on that lets you dole out elemental damage and healing in real time, but aiming during a scrap while there are six or more critters flopping all over the screen doesn’t always feel great.

My biggest grievance is with the player’s basic combat, though. Monsters doing their own thing is fine, but your own contributions to a fight feel miniscule. Your combo attacks never do as much damage as your team, and you get locked into animations and have tons of recovery hampering your movement. There’s a dodge roll, but you can’t cancel out of slashing, so it feels pointless unless you’re being far too careful with your hits.

Your basic combo doesn’t really change either, and your “Wild Side” ability is just a faster version of what you’ve been doing. No big special attacks for you! I almost feel like it would’ve been better to keep Erik and Mia on the sidelines, contributing to skirmishes with just the slingshot. A little more fluidity would also be welcomed.

Related: Dragon Quest Treasures Is the Builders Charm I’ve Been Looking For

Battle bummers aside, DQTR’s structure still makes everything engaging and a lot of fun. Running around searching for treasure is always a hoot, especially all the gags you get from “Treasure Vision,” in which you see your digging target from different inhuman perspectives. For example, Armored Knights can’t see through the bars on their helmets, Hunter Mechs have a Terminator-like red filter over everything, and slimes are extremely near-sighted.

Speaking of slimes, one of the weirdest parts of this game is that the monsters have VO. This is an unusual feature for Dragon Quest, which is often hesitant to use VO at all. Every creature has a gimmick to their voice, not unlike the way characters laugh in One Piece. Slimes for example, make a disgusting slurping noise even when speaking, which is admittedly hilarious. It gets a little cacophonic when you have a whole team chattering like Pokémon, but it’s a fun touch.

Dragon Quest Treasures is not the console Monsters sequel of my dreams, but it does an excellent job carving its own identity out of this historied IP. It runs great for a Nintendo Switch exclusive, and is absolutely dripping with personality quirks and a whimsically romantic view of treasure hunting. It sometimes veers into mobile game territory with its automated battles and low difficulty on top of Stuff Collecting, but is overall put together with a solid foundation, strong gameplay pillars and weird slurping noises I’ll never be able to unhear. I’m down for more of this.